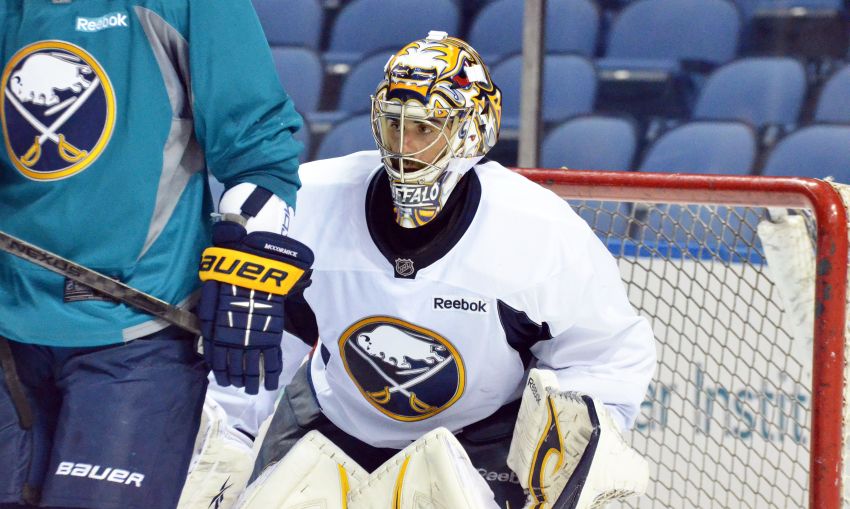 BUFFALO – On the eve of what could be his 500th and final appearance with the Sabres, goalie Ryan Miller wanted to make something clear.

“I’m not mad at the fans,” Miller said this morning after preparing for Friday’s season finale inside the First Niagara Center. “It’s what I don’t understand. It’s the heat of the moment. You get emotional.”

Miller was referring to Friday’s 8-4 home loss to the New York Rangers, a game he sarcastically saluted the crowd in between two Bronx cheers. He then voiced his displeasure after the game.

It got ugly before Miller was mercifully yanked. It felt like he might never play another game for the Sabres.

But Miller bounced back nicely Tuesday in Pittsburgh, stopping 40 shots in a 4-2 win over the mighty Penguins.

“He had some issues with his lung, yes, he’s dealing with,” Rolston said. “He’s better. He’s doing well.”

Rolston, who took over Feb. 20, also said he hasn’t had any conversations with higher-ups about returning yet.

Also, Rolston said he isn’t sure if 18-year-old rookie Mikhail Grigorenko will be assigned to Rochester this weekend.