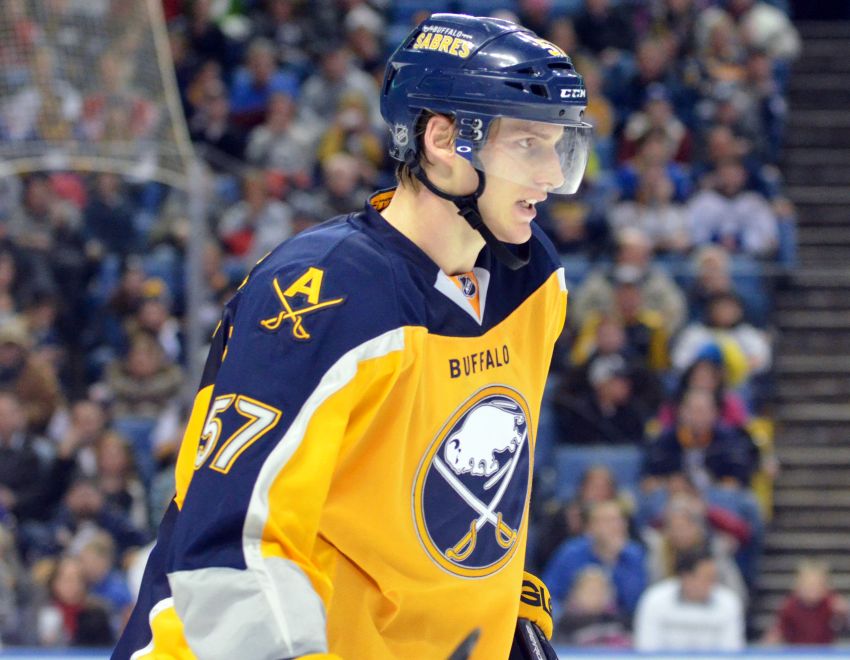 BUFFALO – Sabres defenseman Tyler Myers will have a phone hearing Monday with NHL disciplinarian Brendan Shanahan for his illegal hit to Dainius Zubrus’ head, according to multiple reports.

At 7:02 into the third period in Saturday’s 2-1 win against the New Jersey Devils, the 6-foot-8 Myers hit Zubrus, who’s three inches shorter, high along the wall, earning a minor for an illegal check to the head.

Following the game, Myers said he had “no idea” if Shanahan would be contacting him.

Zubrus stayed in the game.

Prior to the hit, Myers said he had noticed Jaromir Jagr making the same play on New Jersey’s power-play entries.

“I didn’t get an explanation for that,” he said.

Myers has been suspended once – three games in March 2012 for hitting Montreal’s Scott Gomez into the boards from behind – in his five-year career.

Earlier that season, Shanahan contacted Myers to discuss a hit he had laid on, coincidentally, Zubrus. It wasn’t a formal hearing, however.

The Sabres are off today.