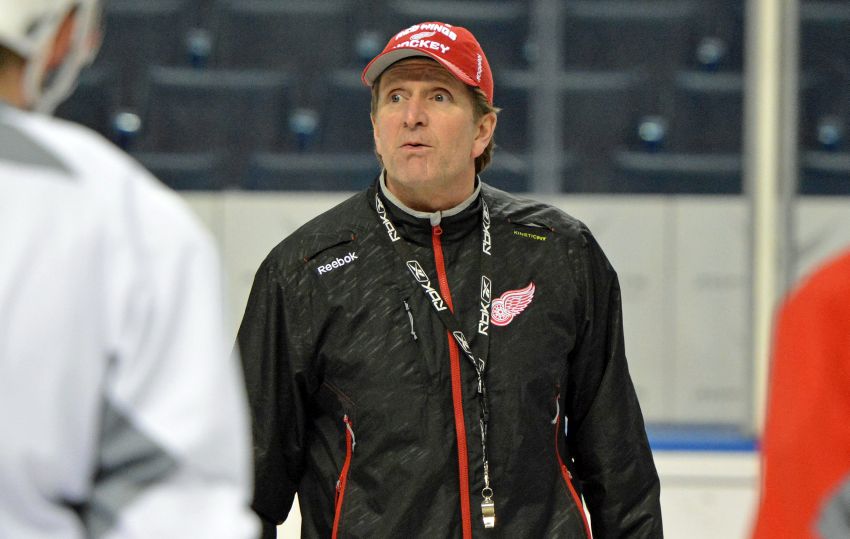 BUFFALO – The Mike Babcock sweepstakes is almost over, and the coveted coach could join the Sabres as soon as Wednesday.

According to the Associated Press, the Sabres and Babcock negotiated by phone today.

When reached by the Detroit Free Press and asked if he was leaving the Red Wings, the team he has coached since 2005, Babcock replied, “Not sure, know by morning.” He gave no further comment.

It’s believed the Sabres have offered Babcock, who visited with Buffalo owners Terry and Kim Pegula on May 10, a long-term contract worth around $5 million annually. The Red Wings have offered four years at $3.25 million a season, according to the Free Press.

It’s widely known Babcock would like to set a new standard for NHL coaches’ salaries.

According to ESPN.com, the Sabres made a second contract offer to Babcock over the weekend. Babcock spoke to the Sabres today and later exchanged emails with general manager Tim Murray.

Babcock met with Red Wings general manager Ken Holland today and planned to talk to his family later in the day, according to MLive.com.

While Babcock talked to at least five teams, it appears he’s deciding between the Sabres and the Red Wings.

The 52-year-old would be leaving arguably the NHL’s bellwether franchise for its worst. The Red Wings have made the playoffs 24 straight seasons. Babcock won his only Stanley Cup in 2008. The rebuilding Sabres, meanwhile, have finished 30th the past two seasons and last made the playoffs in 2011.

The Sabres, of course, have perhaps the league’s most talented prospect pool. They also plan to draft Jack Eichel second overall in June and have a slew of high picks this June and in the coming years. But they could still be a couple of years away from contending for a playoff spot.

Babcock said in a TSN interview last week he would decide his future by Wednesday. The Sabres would owe the Red Wings a third-round draft choice as compensation for Babcock, who’s still under contract with them until June 30. Holland granted Babcock permission earlier this month to shop his services.

In other news, the Western Hockey League’s Vancouver Giants have talked to former Sabres coach Ted Nolan about their vacant job, according to the Vancouver Province. Nolan, who was fired April 12, is “interested,” the report said.

One thought on “Reports: Sabres negotiating with Mike Babcock, decision expected by morning”