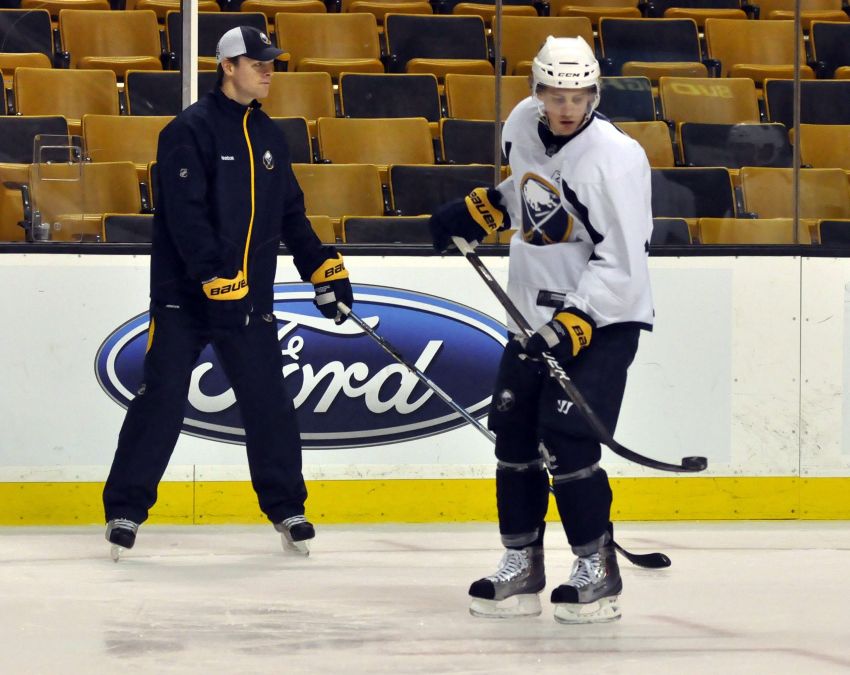 Kevyn Adams (left) was a regular assistant coach for Tyler Ennis and the Sabres since 2011-12 ©2013, Dan Hickling, Olean Times Herald

The reports state assistant Teppo Numminen will stay on.

Meanwhile, Adams, a regular assistant since 2011-12, had a big hand in the Sabres’ 29th-ranked power play. The 38-year-old, the team’s youngest assistant, was promoted from player development coach. Adams grew up in Clarence.

Chadd Cassidy could be promoted from Rochester to fill one of the vacancies. Rolston brought Cassidy with him to the Americans from the Team USA development program.