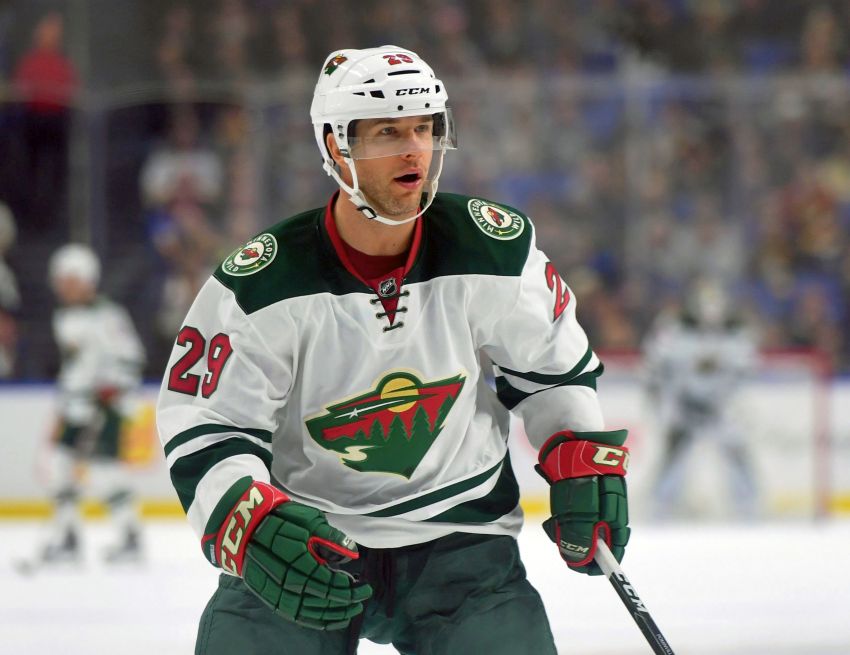 “My little guy already has his jersey on right now, so he’s pumped and we’re excited,” Pominville said this afternoon on a conference call. “I couldn’t be happier for me and my family going somewhere that we know the city, going to a familiar situation.”

Ennis and Foligno were the Sabres’ longest-tenured players.

The Sabres also acquired a fourth-round pick in 2018 and sent Minnesota their third next year.

In the 27-year-old Scandella, the Sabres have another defender they needed to play among their top four and chew up minutes.

“Scandella’s going to be a big part of the team as well,” Pominville said. “He’s a beast, a horse to play against, really competitive, has a rocket of a shot.”

Scandella has 27 goals and 89 points in 373 NHL games. He played 18 minutes, 20 seconds a contest last season. He has three years and $12 million left on his contract and a $4 million salary cap hit.

Meanwhile, at the 34 years old, Pominville will almost certainly have a reduced role in his second stint with the Sabres. The Sabres traded the former NHL All-Star and two-time 30-goal winger to Minnesota in late 2012-13 to begin their rebuild. More than four years later, the Sabres are still overhauling the team.

Pominville has two years and $10 million left on his contact and a $5.6 million cap hit.

Ennis, who debuted in early 2009-10, was the Sabres’ longest-tenured player. While the speedster hit the 20-goal mark three times, he struggled as he adapted poorly to a new system and battled injuries – he had a severe concussion and groin surgery – over the last two years.

After mustering only five goals and 13 points in 51 games last season, it appeared the 27-year-old needed a change of scenery.

Ennis has two years and $9.2 million left on his contract and a $4.6 million cap hit.

The Buffalo-born Foligno debuted in 2011-12 and had been a regular five seasons. The affable 25-year-old occasionally showcased the talents of a power forward. Still, he struggled with his consistency for years. In the last season and half, however, he became one of the Sabres’ better forwards, earning regular duty of the third line.

Wild GM Chuck Fletcher said he had been chasing Foligno “for a couple seasons.”

Some updates from Botterill:

“We think he’s in a position in his career to really take hold of those big minutes,” he said.

Botterill said he was comfortable bringing back Ennis and Foligno. Fletcher wanted them, however.

“You don’t want to lose good, quality people like Tyler and Marcus, but it’s a scenario where we felt we had to improve our defense somehow,” he said.

Botterill has been talking with agents about new deals for star center Jack Eichel and starting goalie Robin Lehner and seems confident deals will get done.

Eichel still has a year left on his deal. Lehner is a restricted free agent.