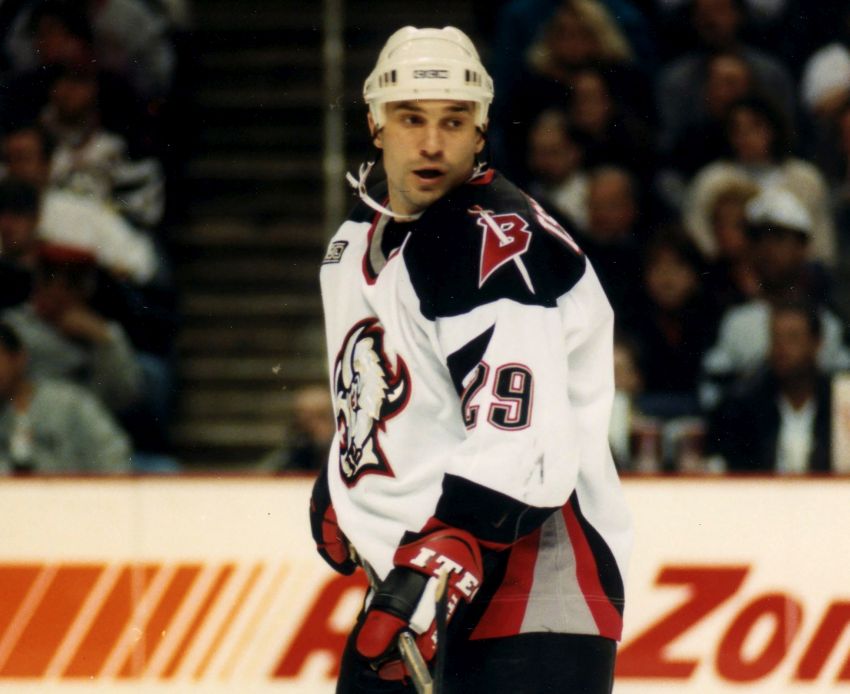 Former Buffalo Sabres forward Vladimir Tsyplakov has passed away, according to multiple reports. He was 50.

Tsyplakov spent six seasons in the NHL with the Los Angeles Kings and Sabres, compiling 69 goals and 170 points in 331 games. He scored 13 goals and 33 points in 70 regular-season games with the Sabres.

Former general manager Darcy Regier acquired Tsyplakov from the Kings for an eighth-round midway through the 1999-00 season. He remained with the Sabres through 2000-01.

Tsyplakov also compiled one goal and two points in 14 playoff appearances with the Sabres. After leaving Buffalo, he played four years in Russia before retiring.

He most recently coached a Belarusian team, Shakhter Soligorsk, in 2017-18, according to EliteProspects.com.

In 2013, according to EliteProspects.com, Tsyplakov left his job as GM of Dynamo Minsk, a KHL team, due to health issues.

Tsyplakov played and coached with Belarus at international tournaments, including two Olympics as a player.