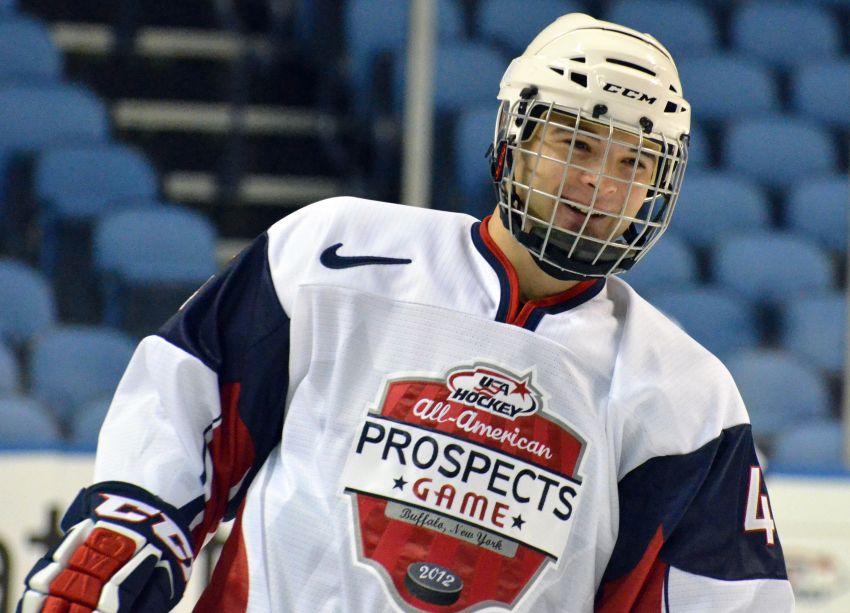 Defense prospect Will Butcher, the Hobey Baker Award winner as college hockey’s top player last season, will become an unrestricted free agent and visit the Buffalo Sabres, according to the Denver Post.

The Colorado Avalanche drafted Butcher, 22, in the fifth round, 123rd overall in 2013. The Wisconsin native played four seasons at Denver University, closing his splendid college career by captaining the Pioneers to an NCAA championship in April.

NHL teams have four years to sign NCAA picks or they become free agents on Aug. 16 of the fourth year.

Butcher, according to the Post, might hold a grudge against the Avalanche because the team told his agent in 2015 it had no interest in signing him. Patrick Roy, Colorado’s former coach and vice president, reportedly didn’t want undersized defensemen. Butcher is listed at 5-foot-10 and 186 pounds. Roy resigned a year ago, and the Avalanche scouted Butcher throughout last season.

The Sabres, of course, went hard after another college free agent last year, winger Jimmy Vesey, trading a third-round pick to the Nashville Predators for the Hobey Baker winner’s rights.

Vesey, who spurned the Predators after his senior season at Harvard University, passed on the Sabres and became a free agent. He signed with the New York Rangers and enjoyed a solid rookie season, scoring 16 goals.