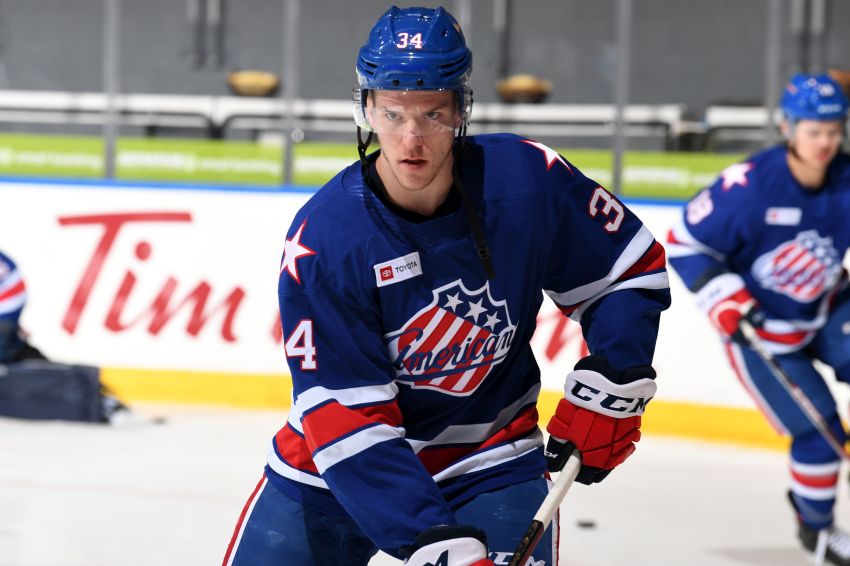 Defenseman Casey Nelson, who has played 93 games for the Buffalo Sabres and spent last season with the Rochester Americans, has opted out of the 2020-21 season, according to TSN’s Darren Dreger.

As part of the NHL’s return to play, the league and NHL Players’ Association agreed to allow players to opt out if they’re concerned about the coronavirus.

The Sabres have the option to slide the one-year, two-way contract Nelson signed Oct. 22 to next season. He was scheduled to earn $700,000 in the NHL and $160,000 in the AHL, according to capfriendly.com.

Players have until a week before their team’s training camp begins to opt out. The Sabres can open their camp Thursday because they missed the playoffs last season.

So far, Nelson is the only player who has opted out, according to Dreger.

Nelson, 28, spent all of last season with the Amerks, compiling four goals, 12 points and a team-high plus-18 rating in 48 games. He was expected to be a depth defenseman this season, possibly on the new taxi squad the NHL will implement because of the COVID-19 pandemic.

The Sabres are scheduled to open their season Jan. 14. The AHL, meanwhile, has targeted Feb. 5 as a start date.

Nelson has often shuttled between Buffalo and Rochester over the past four seasons. He played a career-high 38 NHL contests in 2018-19.

The American has registered four goals, 18 points and a minus-15 rating in his NHL career. He has compiled 13 goals, 45 points and a plus-21 rating in 151 career AHL games.

The Sabres signed Nelson as a college free agent out of Minnesota State in 2016.