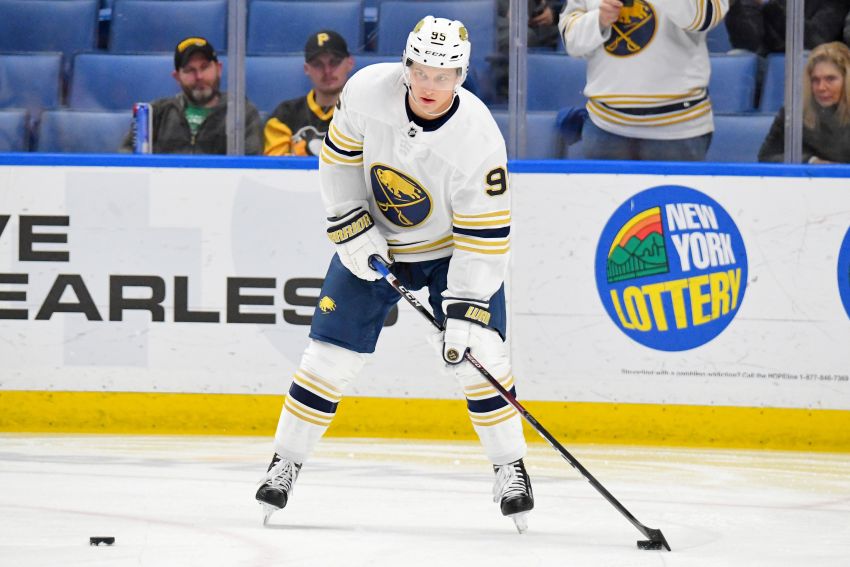 Former Buffalo Sabres winger Dominik Kahun has signed a one-year contract with the Edmonton Oilers, according to eichockeynews.com.

The Sabres did not give Kahun, 25, a qualifying offer last month, making him a free agent. That decision, of course, raised some eyebrows.

Kahun looked impressive in six late-season games with the Sabres, scoring two goals, four points and a shootout-winning goal. He appeared to have established himself as one of the Sabres’ top wingers for the 2020-21 season.

But former general manager Jason Botterill acquired Kahun from the Pittsburgh Penguins on Feb. 24. By passing on Kahun, who had arbitration rights, new GM Kevyn Adams freed up money to pursue other talent.

Kahun has compiled 25 goals and 68 points in 138 career NHL games. Following a four-year stint in Germany, be joined the Chicago Blackhawks in 2018-19.