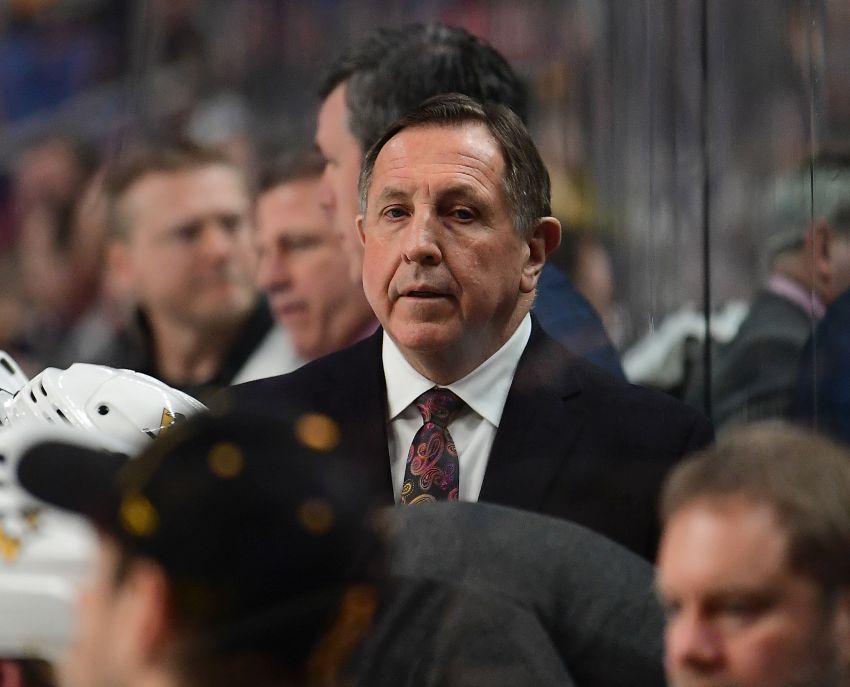 Jacques Martin knows Jason Botterill from their days together in Pittsburgh. ©2019, Hickling Images

Jacques Martin is a leading candidate to become the Buffalo Sabres’ next head coach, according to TSN’s Darren Dreger.

Martin has strong ties to Sabres general manager Jason Botterill, having served as an assistant with the Pittsburgh Penguins since 2013. They won Stanley Cups together in 2016 and 2017 when Botterill was an assistant GM in Pittsburgh.

The Sabres and Ottawa Senators have asked the Penguins permission to talk to Martin, according to Sportsnet’s John Shannon.

The Sabres fired coach Phil Housley on April 8 after Buffalo fell from first overall in late November to sixth in the Atlantic Division.

Martin enjoyed his greatest success in Ottawa, earning the Jack Adams Award for Coach of the Year in 1998-99. The Senators compiled 103 points and finished first in the Northeast Division before the Sabres eliminated them in the first round of the playoffs.

Martin started his NHL head coaching career with the Blues in 1986. He has made the playoffs 10 times as a head coach.

Dreger shared the information this morning during an appearance on “The Instigators” on WGR.

One thought on “Report: Jacques Martin a leading candidate to coach Sabres”