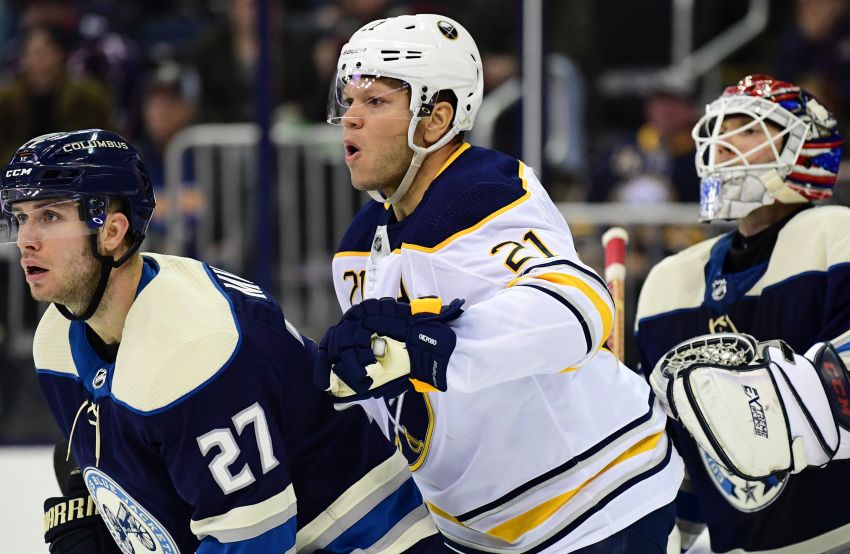 BUFFALO – Sooner or later, coach Phil Housley needed to make some significant changes, right? The Sabres have fallen from first overall to three points out of a playoff spot.

Having compiled an awful 8-14-4 mark in their last 26 games, their marathon slump has surpassed the two-month mark. In their last 10 outings, they’re a dreadful 3-7.

In recent games, the Sabres have often shown little interest in playing defense and struggled to score goals. Their power play has also provided little or nothing.

So Monday inside HarborCenter, three days after an embarrassing 7-3 home loss to the Chicago Blackhawks, Housley overhauled everything, switching up his forward lines, defense pairs and power play units.

“We’re 3-7 in our last 10, No. 1,” Housley said after the Sabres prepared for tonight’s tilt against the Minnesota Wild inside KeyBank Center. “We tried different combinations within the last 10 games, 15 games. I’m trying to find a balance, maybe a spark, continuity within the lines. Those are all subject to change.”

Most notably, Housley broke up NHL All-Stars Jack Eichel and Jeff Skinner, one of the league’s premier center-wing duos much of the season. Eichel and Skinner have combined to score 48 goals and 101 points.

“I don’t think you really expect stuff like that,” Okposo said of the overall changes. “It just happens and you just roll with it. I’ve been around long enough to see stuff like that.”

Over the last 18 games, the Sabres have converted just 10.6 percent of their chances on the man advantage (five of 47).

The last time Housley made drastic changes to the Sabres, Oct. 19 in Los Angeles, they went on a five-week tear, starting with a 5-1 win against the Kings the next day.

“Everybody had a role, an identity,” Housley said of what happened then. “But in saying that, I think we were playing the game the right way back then, making good puck decisions, managing our game, our checking detail was really solid, and we got to get back to that.

Rodrigues said the Sabres “got down to the basics” in October.

“We didn’t cheat the game, we played on the right side of the puck,” Rodrigues said. “We were doing all the little things right. We weren’t worried about scoring or points. We were just all doing the right thing, all being on the defensive side of pucks and we all waited for our opportunities and we capitalized on them.”

Like Housley, Okposo understands switching some lines isn’t a magical fix for the Sabres.

“Different lines are going to be different lines, but we have to play better without the puck and we have to defend better,” Okposo said. “No matter what line combinations you throw out there, if you don’t do that you’re not going to win many games. I don’t think we can lose sight of that.

“We have to play the right way. I think the work ethic has really been there for the most part this year. … Our attention to detail needs to be a little bit better.”