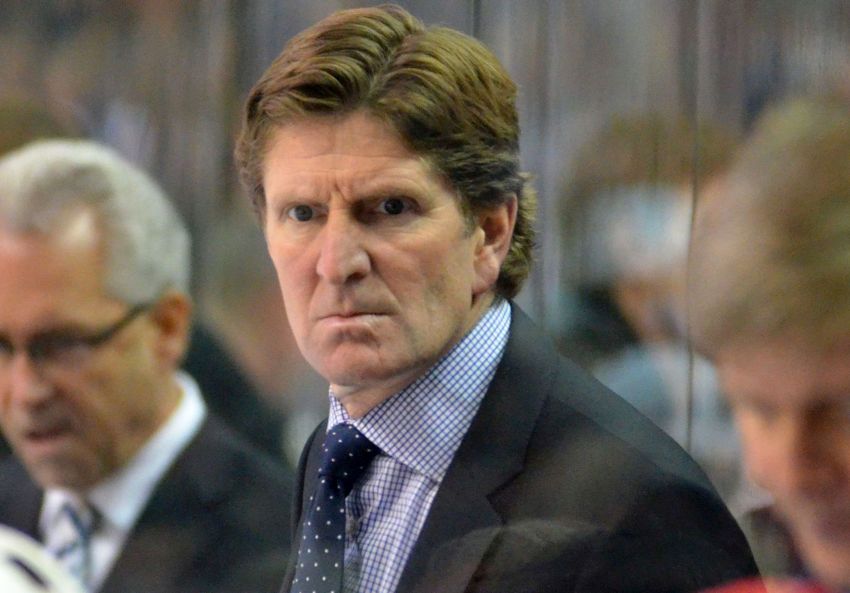 Of course, it’s hardly surprising the Sabres are interested in Babcock, who was given permission by Detroit on Friday to shop his services before his contract expires June 30. The Pegulas’ hire of Rex Ryan to coach the Buffalo Bills earlier this year has been a hit. Ryan’s celebrity has already given the franchise the kind of national attention it hasn’t received in years.

While Babcock doesn’t possess Ryan’s personality, he’s the biggest name out there. Successful coaches like him rarely hit the market.

The Sabres, who fired former coach Ted Nolan on April 12, are one team in a long line of suitors. Yes, they can pay Babcock a record-breaking salary. But so can a lot of other clubs. Yes, the Sabres have a load of top-end prospects and more high picks coming, including the No. 2 selection they will use to grab Jack Eichel. But other interested teams might be ready to win right away.

For all the young talent the Sabres have in the pipeline or already in the NHL, they’re likely still a couple of years away from contending for a playoff spot. Would Babcock, who has missed the playoffs once in his 12-year NHL coaching career, way back in 2004, want to lead a rebuild? The thought here is he wants to win right away.

Babcock’s visit could simply provide him some leverage. The Pegulas might offer him a mega-contract, something he can use to get a few million more dollars from another team.