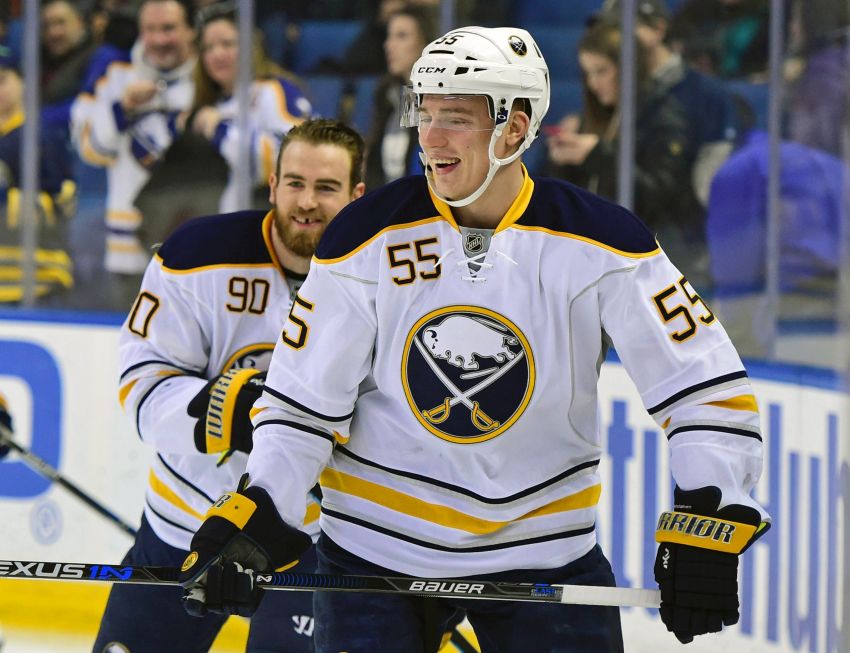 “His agent has asked and Rasmus has asked to be able to skate,” coach Dan Bylsma said Thursday morning inside KeyBank Center before the Sabres traveled for their third preseason game.

Sabres general manager Tim Murray gave the OK, and Ristolainen skated with the non-game group. Ristolainen, 21, just finished a three-game stint with Team Finland at the World Cup of Hockey.

Ristolainen’s agent, former NHL goalie Mike Liut, wrote in an email to the Times Herald his client wants to “build on his summer training.”

“He skipped the World Championships to train for 16 weeks to prepare for World Cup,” Liut wrote.

Liut said Ristolainen’s presence in camp doesn’t mean the sides are any closer to a contract.

Ristolainen was the Sabres’ best defenseman last season, compiling nine goals and 41 points while averaging more than 25 minutes of ice in his 82 games. Based on recent contracts, the former first-round pick, one of a handful of unsigned RFAs around the league, could receive a five- or six-year deal worth more than $5 million per season.

Murray expressed optimism in July a contract would get finished.

2 thoughts on “Rasmus Ristolainen practicing as ‘goodwill’ gesture to Sabres”