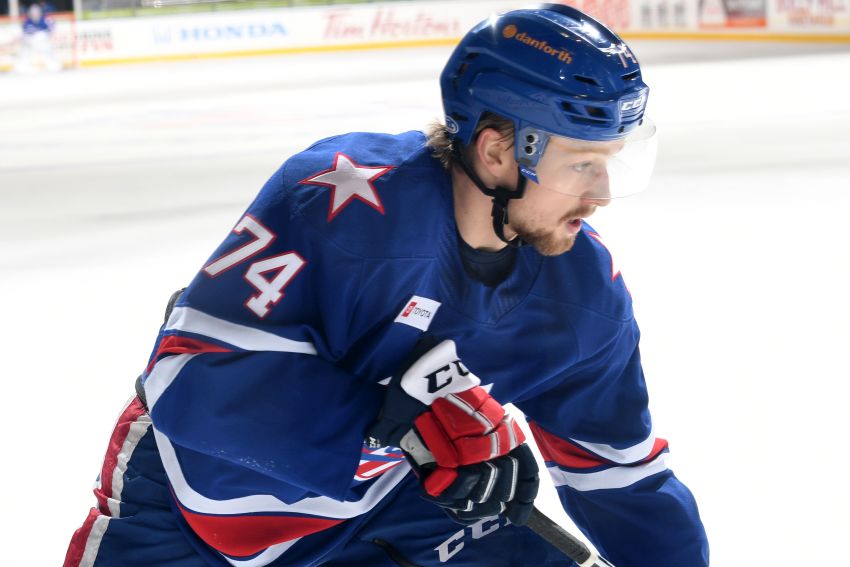 BUFFALO – As expected, the Sabres recalled defenseman Lawrence Pilut from the Rochester Americans on Sunday after the NHL All-Star break ended.

But what about forward Rasmus Asplund, who was sent to the Amerks with Pilut and winger Scott Wilson when the Sabres started their bye last week?

Coach Ralph Krueger said winger Jeff Skinner’s status for Tuesday’s game against the Ottawa Senators and whether the Sabres use seven defensemen will determine if the Sabres summon Asplund.

Skinner practiced Sunday inside LECOM Harborcenter, his first session since suffering an upper-body injury Dec. 27. The veteran has missed the last 10 games.

Asplund, an NHL regular for nearly two months, played three times with the Amerks during the NHL break.

“Rasmus deserves a little bit of a break right now, too,” Krueger said. “He went down, played some games and hasn’t had a break. He’s on the edge of coming back here depending on our needs, but at the moment, we’ll look at this group again tomorrow and make a call probably on the game day whether we add to the roster or not.”

Meanwhile, Pilut was scheduled to play in Monday’s AHL All-Star Classic in Ontario, Calif., before the league announced he was “unavailable” for the game.

Pilut played one game with the Amerks last week, scoring the overtime winner in Wednesday’s 3-2 road victory over the Cleveland Monsters, which ended their seven-game losing streak.