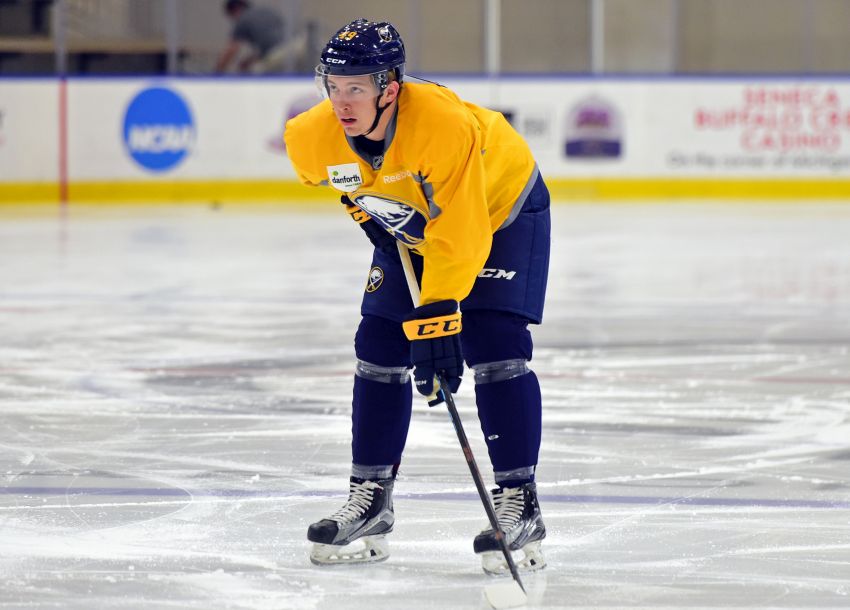 BUFFALO – Five minutes before his development camp session started this afternoon, Sabres prospect Austin Osmanski was sitting nervously inside the HarborCenter dressing room, wondering if he should go on the ice early.

Eventually, Osmanski, an East Aurora native, left the room and was the first player on the ice. Winger Justin Bailey, a Williamsville native, followed him.

Wearing a Sabres jersey for the first time on the ice was “a little different” and “amazing,” said Osmanski, a defenseman with the Ontario Hockey League’s Mississauga Steelheads.

When the some of the hype around Osmanski’s selection settled down, Bailey, a 2013 draft pick, sent him a message and offered him any help he needed. This is Bailey’s fourth camp.

“Three or four years ago, I think I was a quiet kid who was definitely trying to take it all in, trying to prove myself,” said Bailey, who played eight NHL games last season.