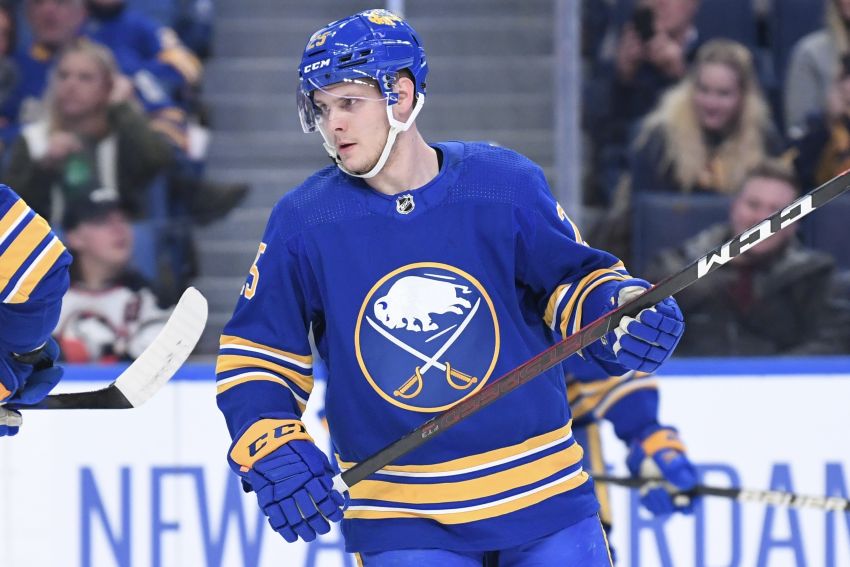 Wingers JJ Peterka and Jack Quinn are expected to graduate to Buffalo this season, meaning there’s likely no room for the Finn in the forward corps.

So on Friday, Ruotsalainen, 24, signed a contract to play the upcoming season for EHC Kloten in the Swiss National League.

The Sabres retained Ruotsalainen’s rights last week by tendering him a qualifying offer as a restricted free agent.

His departure has been rumored for months. When the Times Herald asked him in March about potentially playing in Switzerland, he said nothing had been signed.

Ruotsalainen made the Sabres out of training camp last year, often skating short minutes on the fourth line. He registered two goals and four points in 16 outings before they assigned him to the Rochester Americans.

Other than a two-game recall, he remained with the Amerks until the season ended.

Following a slow start in Rochester, Ruotsalainen caught fire, morphing into one of the AHL’s most lethal scorers. He recorded 18 goals and 48 points during a torrid 44-game stretch and 18 goals and 51 points in 57 regular-season appearances.

The Sabres’ old regime signed Ruotsalainen in 2019 following some successful years in Finland. He came to North America for the 2020-21 season, and after recording five goals and 13 points in 13 games for the Amerks, he earned his first recall to Buffalo.

Ruotsalainen spent the rest of the season with the Sabres, scoring five goals and six points in 18 contests.