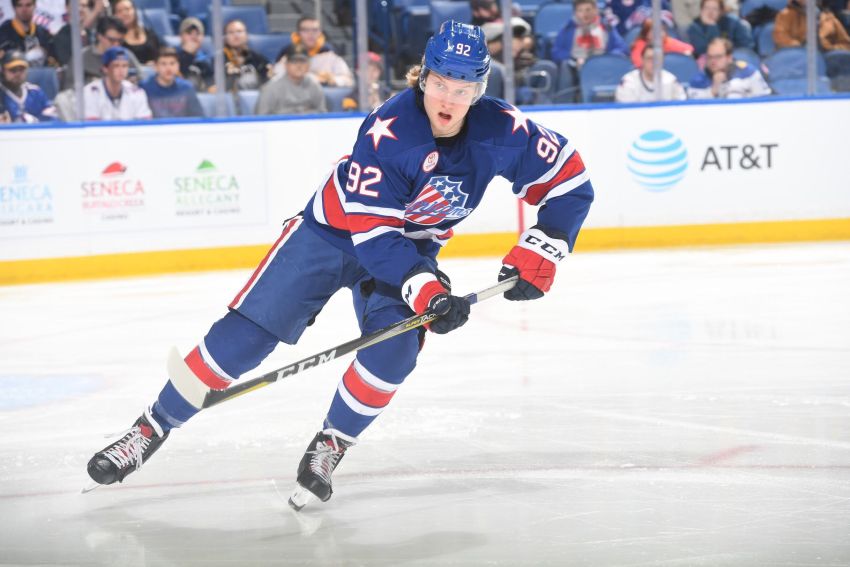 “It was tough coming back from an injury, but I feel a lot better now, more confident with the puck and stuff like that,” Nylander prior to Wednesday’s 4-2 loss to the Ottawa Senators inside KeyBank Center. “I need to … bring what I did down there.”

The Sabres recalled Nylander on Tuesday, his first trip to the NHL since a four-game stint late last season.

“I just want to see him (do) what he’s done in Rochester recently,” Sabres coach Phil Housley said. “I think he’s gone to the hard areas, he’s going to the net much harder and using his skill.”

As Housley said, physicality has helped buoy the 6-foot-1, 192-pound Nylander. The youngster has been occupying the front of the net during power plays in Rochester.

“I like … he was going harder to the net,” Housley said. “He was paying a price to score goals.”

“He can make plays all over the ice,” said Mittelstadt, who made his NHL debut last week. “He’s obviously especially good in the offensive zone.”

Players vote on the awards.