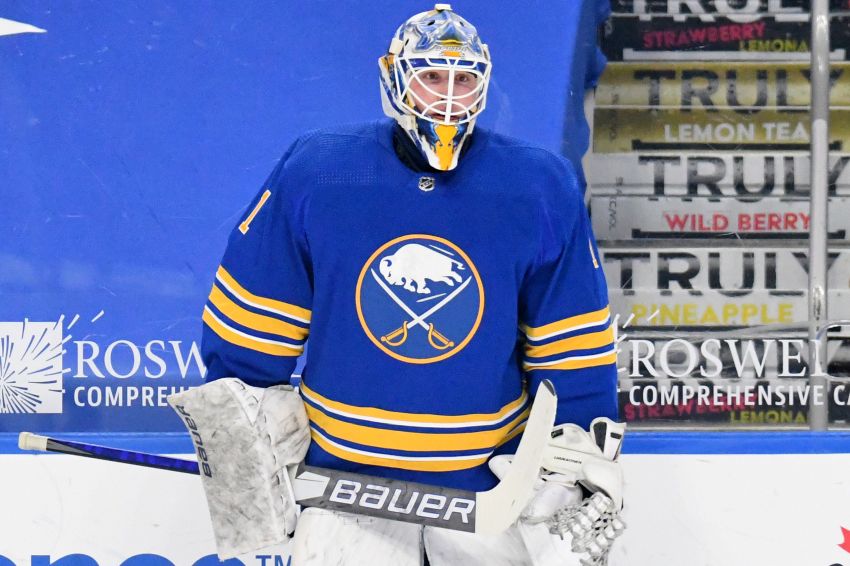 Luukkonen looked sharp in his debut, stopping 36 shots in Friday’s 6-4 home win over the Boston Bruins. Now, the Finn must face the New York Rangers, who beat the Sabres 6-3 on Sunday, inside Madison Square Garden.

“Even the second game there’s still pressure,” Granato said on a Zoom call this morning. “You finish the first, you get a win, now you’re in New York City against a team we didn’t have a lot of success against the other night. So there is definitely pressure.

“You just hope that he can get in his zone and immersed in the moment and we support him the best we can from a team standpoint. So I really don’t know what to expect.”

Granato said “coaching is the great unknown when you walk to that bench.”

“You put all that work in and then you walk out on the ice surface and you’re not certain that anything can happen at that point,” he said.

Granato let Luukkonen watch Sunday’s game as a backup to Dustin Tokarski so he could get a feel for the Rangers’ slick attack.

“That’s one of the things which helps too is kind of knowing now what they plan to do is and what they usually try to do from offense,” Luukkonen said. “There’s some things which they do a lot which are good to know as a goalie, so I think it helps that I got to watch the first game.”

Granato said the Sabres will make one lineup change, inserting defenseman Will Borgen for Colin Miller.

Borgen, 24, sat out Sunday’s game so he could rest. He played Thursday and Friday after a broken right forearm sidelined him 32 games.

“Always coming back after any time off no matter what you do off the ice, it’s always a little difficult,” Borgen said. “I was breathing heavy probably the first period again but I felt fine out there. It’s just getting used to playing against guys full speed again.”