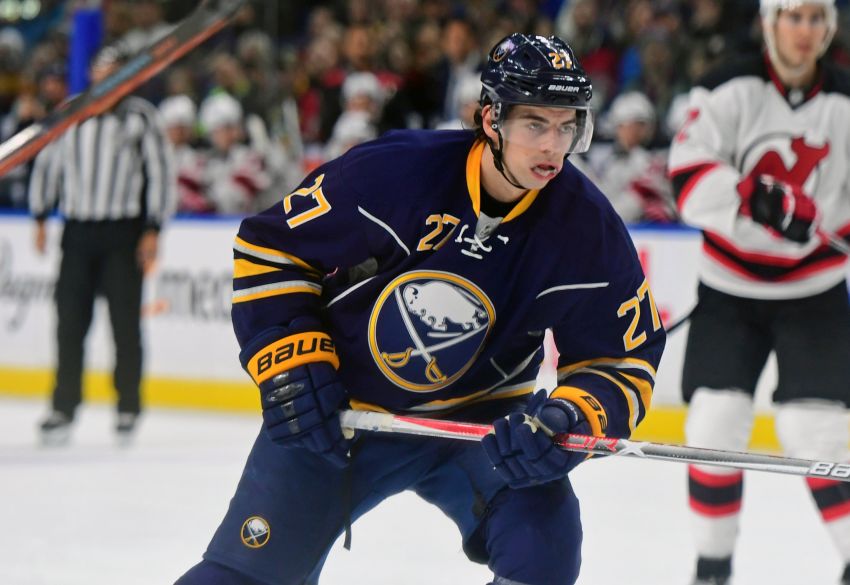 BUFFALO – As noon, the end of the 24-hour waiver period, approached, Derek Grant was told to stop practicing with the Sabres and leave the ice.

The Nashville Predators claimed the center on waivers today, robbing the Sabres of some valuable depth they wanted to send to the AHL Rochester Americans.

“It’s a new experience for me,” Grant, who was still wearing his Sabres jersey and equipment, told the Times Herald. “Obviously, I’m excited for the opportunity.”

Still, Grant, who played 35 games with the Sabres, seemed a bit shocked by the news.

Grant then settled into a fourth-line role, producing zero goals and three assists. He did, however, win faceoffs and kill penalties.

“I proved that I could still play in this league and I should be in this league,” Grant said inside KeyBank Center. “So I’m just looking forward to the opportunity. I don’t really know where we go from here. It’s all new to me. I was just told to get off the ice.”

Sabres coach Dan Bylsma said “we knew it was a possibility” Grant could get claimed.

“Hopefully, Derek’s got an opportunity … going to Nashville,” he said. “We thought with Cal O’Reilly being a center we could call up, that was part of the plan as well.”

In other news, goalie Robin Lehner, still sidelined by the flu, won’t travel to Tampa Bay for Thursday’s game, the start of a two-game road trip. Goalie Linus Ullmark is still with the team.

“I don’t think he’s ready to get in a game quite yet,” Bylsma said.