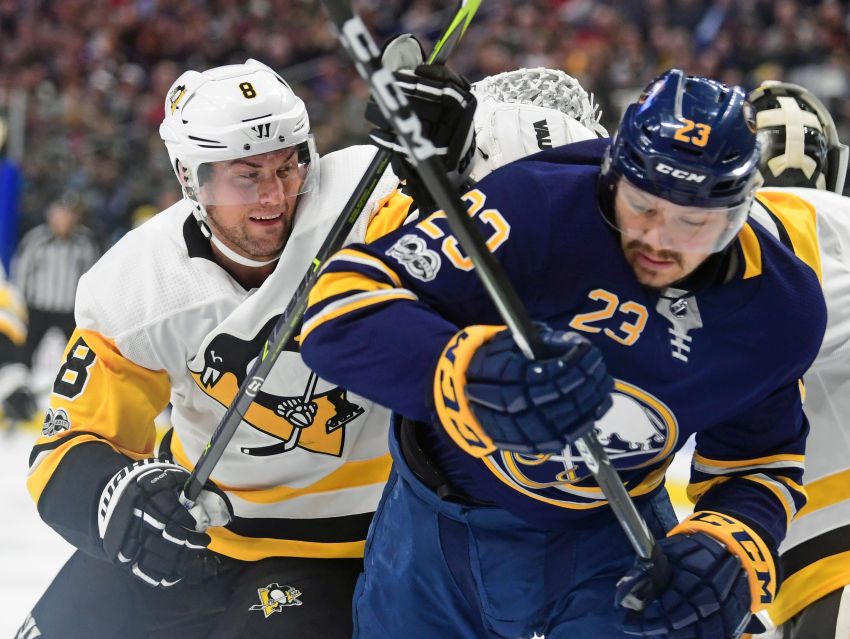 BUFFALO – The Sabres’ awful, NHL-worst start is the result of a lot of things, including poor fundamentals.

That was evident this morning, when coach Phil Housley stopped practice to give the Sabres a stern message at center ice inside KeyBank Center.

“The position we’re in, we should have a total commitment to our team game, our practices, if we’re going to move forward here,” Housley said. “I just thought the execution was off.”

The drill wasn’t exactly hard, either.

“We were doing a warm-up drill basically and just not putting the puck on the tape, missing passes,” Sabres winger Kyle Okposo said. “We got to execute, that’s what happens in a game. It’s just little things, but it can’t go on any longer.”

While the Sabres are struggling, they have plenty of established talent. Why can’t they complete a simple pass during practice?

“Just lack of focus, I think just the execution piece, I think everybody’s squeezing their stick a little tight right now in practice,” Okposo said. “You have to figure out a way past that, you have to bear down as much as you can.”