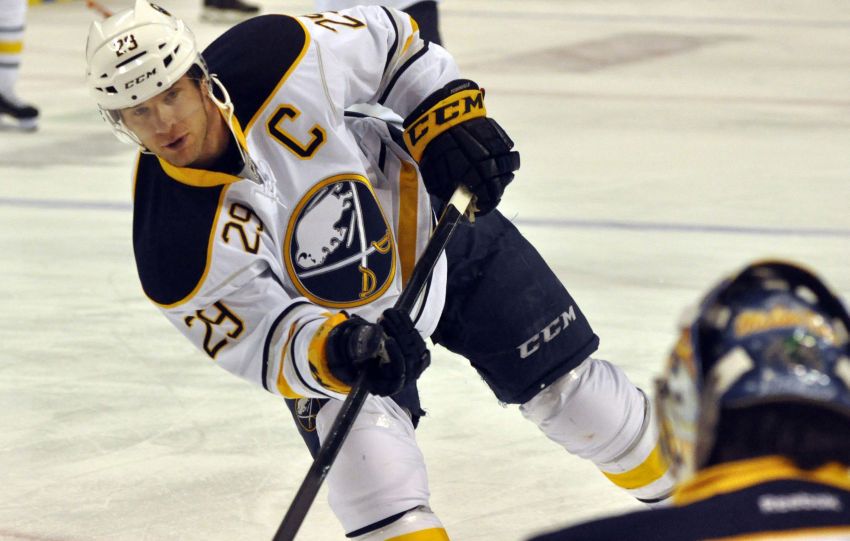 BUFFALO – Jason Pominville felt his 11-year run with the Sabres organization could be ending. Before Wednesday’s trade deadline, the struggling team asked its captain to submit a list of eight clubs he could refuse a trade to. The Sabres, a colossal disappointment this season, seemed ripe for a major shakeup.

Still, when Sabres general manager Darcy Regier called Wednesday and said he had been traded to Minnesota, the star winger was shocked.

“It’s still a shock,” Pominville told the Minneapolis Star-Tribune on Thursday in Los Angeles prior to making his Wild debut. “Obviously, really excited to come to this team, this organization, this city where they’re doing whatever it takes to win, and they’re heading in the right direction. They’ve had a lot of success so far, and hopefully I can just fit in and add to the puzzle.”

Wearing his familiar No. 29, Pominville skated on a line with Mikko Koivu and Zach Parise on Thursday. Ironically, former Sabres defenseman Robyn Regehr was making his Kings debut after getting traded Monday.

Why did Pominville leave the Wild, which began Thursday third in the Western Conference, off his no-trade list?

“It’s obviously a great city to play hockey in, all the guys I talked to from here, they have nothing but good things to say about the city and organization,” Pominville said. “With steps they took this summer to add some big players to the roster, I think they’re willing to do whatever it takes to win, and I think that excites you as a player. It’s a place you want to come to.

“Anytime you have a chance to win, those teams are going to be on top on most guys’ lists.”

Having never been dealt before, Pominville experienced a whirlwind day before getting to Los Angeles.

“The bottom line is I’m here to play hockey. … Let my wife take care of the rest,” he joked.

With Pominville gone, interim Sabres coach Ron Rolston said he won’t name a new captain and will give winger Steve Ott an assistant captaincy with Drew Stafford and Thomas Vanek.

Nathan Gerbe replaced Pominville on the right wing beside Ott and Cody Hodgson during Thursday’s practice.

Vanek, out the last four games, said he felt better after practicing Thursday and could play tonight when the Sabres host the Ottawa Senators. The winger will see how he feels this morning.

“Getting better,” Vanek said. “Each day we’re making some strides.”

Rolston on the prospects the Sabres acquired from the Wild:

“I think he’s got a big upside. Last year, arguably one of the best if not the best in the league for a long time and had a good push for the year before. …

“He’s already in his third full season as a goalie at the pro level and lot of upside, good size to him (6-foot-2), good ability, somebody we feel in the future can be an NHL goaltender if he continues to develop.”

“He’s a solid two-way player, a lot of leadership skills, works really hard. Anytime you can be a captain on international teams it’s a big thing, (under 18 and 20 teams), especially for short-term, it’s a very hard task as a leader.”