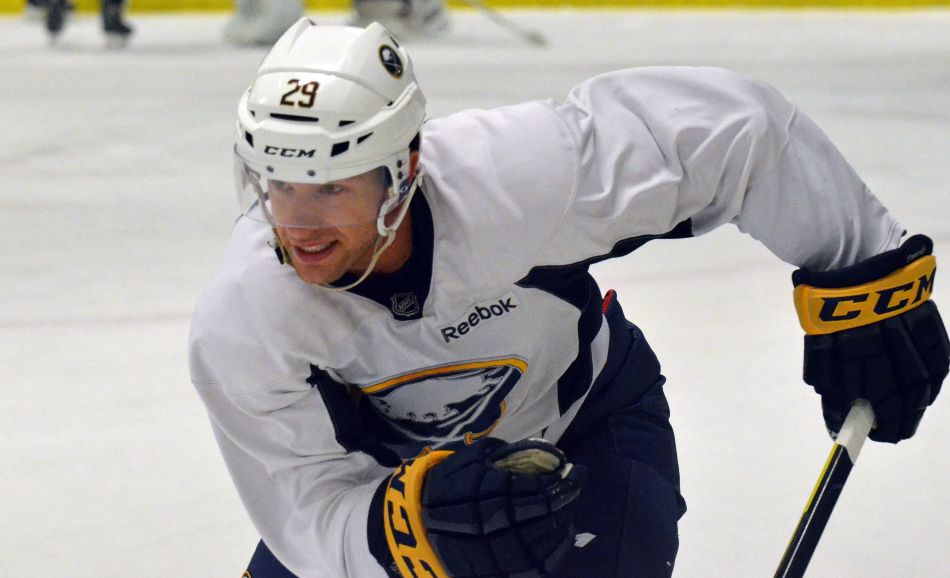 AMHERST – Don’t get too giddy yet, players cautioned. A new collective bargaining agreement between the NHL and its locked-out talent doesn’t appear imminent.

Nonetheless, for one of the few times during the 52-day work stoppage, there’s some encouraging news. The NHL and the Players’ Association will formally meet today in New York, the first face-to-face bargaining session since mid-October.

“That’s usually the way it goes,” Buffalo Sabres captain Jason Pominville said Monday about the increased optimism. “Every time there’s something new that comes up everybody’s a little optimistic and hopeful. I think we got to stay even-keeled. We can’t be too excited about it and think that it’s going to be done right away.

“Until they sit at a table and start negotiating, there’s not much change than maybe there was a couple of weeks ago.”

On Oct. 18, on the heels of an NHL offer, the NHLPA submitted three of its own, which were rejected in about 10 minutes. Any hope was quickly dashed, and a month of cancellations through November followed a week later.

But with core issues being discussed – owners are apparently willing to absorb more of the “make-whole” aspect to honor existing contracts – talks may be gaining traction now.

“Let’s see if we can get something moving in the right direction and get something concrete,” New York Rangers goalie Martin Biron said after practicing inside the Northtown Center. “I think maybe the more concrete part will come up in the next few days.”

While it’s hard to call honoring signed contracts a concession from the owners, agreeing to do so would represent progress.

“Until we have it in front of us and they really offer it to us, it’s tough to say what will come out of it,” Pominville said about the “make-whole” aspect, which some believe could be the biggest part to reaching a new deal. “But if they’re willing to budge on that, hopefully that’s a good sign because we’ve shown we’re willing to budge on stuff as well.

“I mean, it’s going to be a big couple of days here coming up for everyone. There’s a lot of excitement, and hopefully it’ll be positive excitement and not a step back again.”

Biron doesn’t think the “make-whole” aspect is the biggest key to reaching a new CBA.

“I think it’s a big part of it,” he said. “I think it’s maybe a way to be able to bring the proposal of the sides closer. But there’s a lot of other things that are still unclear when it comes to players’ contracts, and all of that will need to be figured out.”

But just meeting again is a big deal.

“Every time you have conservations and meetings it’s always a positive thing,” Biron said. “And that’s why I think for so long we were asking to meet. But the league was resisting the idea a little just because they didn’t want to – I don’t want to say come off their proposal – but it was more like, ‘OK, let’s wait, and then we’ll talk.’ But now that there’s been some good talks, hopefully we can have more.”

Sabres backup goalie Jhonas Enroth has signed a contract with Almtuna, a first division club in his native Sweden, according to Almtuna.com. The 24-year-old had inked a two-game deal with a low-level team last week.