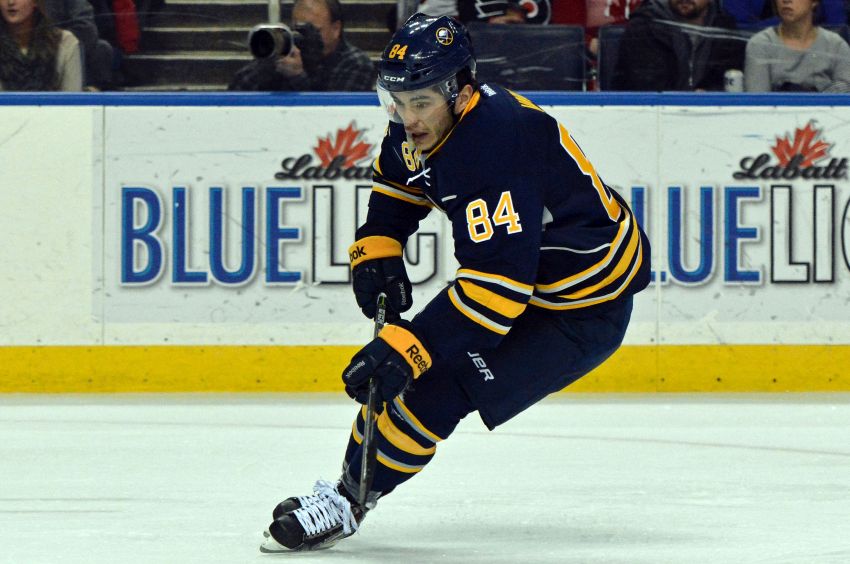 BUFFALO – In a deep rebuild, with losses and injuries piling up, plenty of jobs on the Sabres are still available.

Heck, the Sabres have had openings throughout the lineup for two years. Sooner or later, someone – a top prospect, an unknown youngster, a waiver acquisition or a depth veteran – has to step up and grab one, right?

Sabres coach Ted Nolan wants the newcomers do something different, stand out and make a case to stay. So far, no one has really seized their opportunity.

The Sabres have used 54 players in the last two seasons. Top prospects like Joel Armia and Mikhail Grigorenko haven’t lasted long, opening up chances for others. Veterans – remember Matt D’Agostini and Linus Omark from 2013-14? – have come and gone.

Why can’t some of these guys stick?

“We talk about having that urgency factor,” Nolan said Saturday prior to the Sabres’ 4-3 loss to the Philadelphia Flyers inside the First Niagara Center. “This game, especially this league, I think it’s a very special league and it takes a very special player to play here and to be part of it, and if you haven’t got that blood flowing inside you, your stomach, your enthusiastic feeling toward this game, you can’t play in it. …

“You have to bring your best foot forward all the time. It’s not a some (of the) time thing, because there’s always a certain amount of players. There’s only 720 jobs in this league. To get one of them is very special.”

Right now, Sabres center Phil Varone has one of those jobs. The 24-year-old, an AHL signing in 2011, played his 15th NHL game Saturday.

But the clock is ticking for Varone, Rochester’s leading scorer, to make an impression. He played only one 50-second shift in the first period and six minutes, 19 seconds overall Saturday.

Varone scored both goals in a 5-2 loss in Carolina on Jan. 8. Recalls only have six goals this season. Still, when asked if Varone had done anything special to stand out this month, Nolan replied with one word.

Varone said it’s “tough to be a standout guy all the time.”

“I’m just trying to focus on working hard and being a good all-around player,” he said. “If something good happens from that, then I’ll take it. But I’m not trying to think about making a standout play every time. Sometimes the best plays are the subtle ones that kind of go unnoticed sometimes.”

Thanks to a nine-game recall a year ago, Varone said he feels more comfortable this season. He barely lasted in training camp, however, getting sent down after just one preseason appearance.

“You train all summer to give yourself the best opportunity to try to crack the lineup,” he said.

Varone has made the best of his fourth AHL season, earning an All-Star berth thanks to eight goals and 29 points with the Americans.

“He keeps getting better, he keeps improving,” said Sabres center Matt Ellis, an Amerks alternate captain with Varone. “The thing with him is he wants to get better day in, day out.”

Varone, who started his professional career as a training camp invitee, also wants to earn a spot the right way.

“I think I’d rather take the road that allows me to earn what I get than for it to be given to me,” Varone said. “I’m proud of what I’ve done, but I’m not satisfied with where I am. I want to keep going.”

Flyers general manager Ron Hextall, whose team began Saturday in fifth place in the Metropolitan Division with 41 points, said Philadelphia won’t tank the rest of the season for a chance at prized draft picks Connor McDavid or Jack Eichel.

“We’re not going that direction,” Hextall said. “We’re trying to win. We’re trying to win tonight. You can’t sit and say, ‘OK, we’ll not win any games and we’ll get McDavid or Eichel.’ It’s not the way it works. You’ve got to have credibility and this organization, it’s not what it stands for.

“Right now, what would our pick be? Seventh? There’s some pretty good players. We’re going to try and win tonight, try and win (Monday) and as we move along we’ll go from there. You don’t dictate necessarily where you finish. You owe it to your fans. You owe it to hockey to try to win every game.”