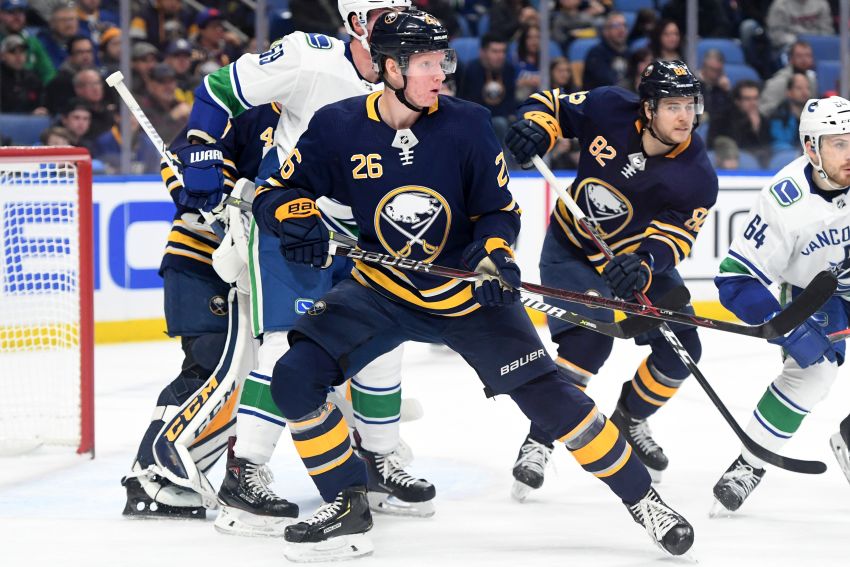 PITTSBURGH – If not tonight, then when?

Right now, having won five straight games, the scorching Buffalo Sabres are enjoying their best streak in about nine years. Meanwhile, having lost eight consecutive contests and eight of the last nine (1-7-1), the Penguins are reeling.

So perhaps the Sabres can end their eight-game losing streak to the Penguins tonight at PPG Paints Arena.

The last-place Penguins won’t have superstar Sidney Crosby, who will miss his third straight game with an upper-body injury. The slick center has compiled a stunning 19 goals and 57 points in 37 career games against the Sabres.

Sabres coach Phil Housley, of course, knows the Penguins could come out roaring. The have been starting slowly during their streak before turning it on late.

“It’s just being ready,” Housley said. “We talk about it a lot. It’s different than executing it. Minnesota came out hard. We didn’t adjust to that. Tonight we’re facing a team that’s going to be desperate. We know the first five minutes are going to be important for us to execute early, relieve some of that pressure.”

The Sabres will make lineup change, putting No. 1 goalie Carter Hutton back in. That means defenseman Nathan Beaulieu and forwards Remi Elie and Evan Rodrigues will be scratched.

Housley will keep the No. 1 line of center Jack Eichel and wingers Jason Pominville and Jeff Skinner intact. Pominville, who scored the third-period winner Saturday, moved back to that line late in the game.

Housley, who said he put rookie Rasmus Dahlin and Zach Bogosian together for “balance” Saturday, will keep the defense pair intact.

Check back later for more, including a story on Sabres winger Conor Sheary’s return to Pittsburgh, where he won two Stanley Cups.

– Hutton has a sparkling .987 save percentage and two shutouts in four career outings against the Penguins, all of which have come in Pittsburgh.

– Pominville will tie Rick Martin tonight for ninth place on the Sabres’ all-time games list with his 681st appearance.