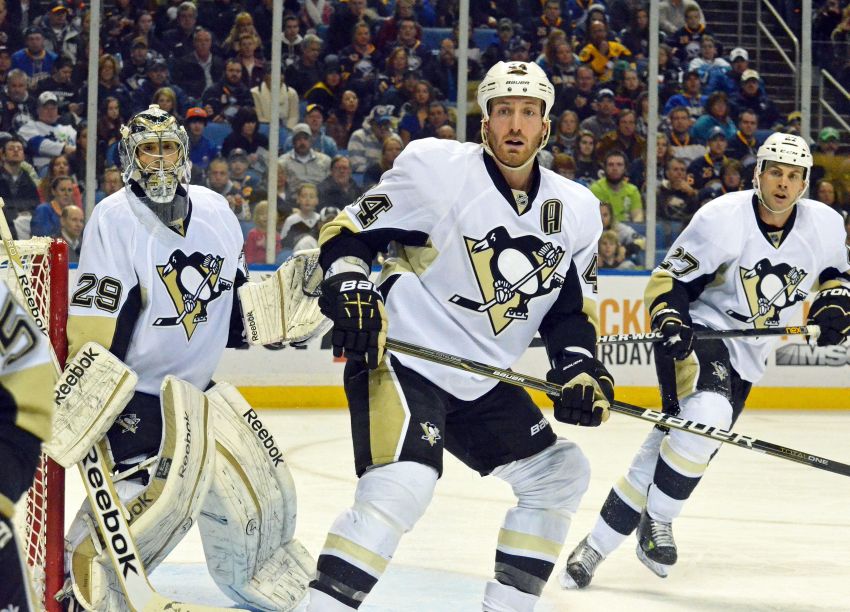 “It’s more they’re concerned over their family members going because they’re not in the village,” Orpik said Monday prior to the Penguins’ 3-0 win against the Buffalo Sabres inside the Consol Energy Center. “We’ve been pretty assured they’re going to be safe where they are. It’s one of those unfortunate things. That’s just the way it is, not just because it’s Russia. I think that’s just the world we live in now. No matter where you are there’s always some amount of risk.”

Orpik’s wife will also be going overseas. Players have been told to limit their traveling party. He said he had more family at the 2010 Vancouver Games.

Four years ago, Orpik said he learned to appreciate Ryan Miller’s skill level “a lot more” as the Sabres goalie backstopped the U.S. to a silver medal.

Having spent more than five years out of the NHL, Ted Nolan walked into the Consol Energy Center, the league’s newest arena, for the first time Monday.

“The old Olympia, I go back that far,” said Nolan, who also played for Detroit. “The Checkerdome in St. Louis. Those are classics. I think that’s what made our game so good is the historical part of it.”

Winger Linus Omark returned after sitting two straight games and four of the last five as a healthy scratch.

With Stafford out, Zemgus Girgensons moved to the right wing beside Tyler Ennis and Matt Moulson, a spot the rookie has previously occupied.

Instead, Leino skated on the right wing with Cody Hodgson and Steve Ott. Omark played left wing on the fourth line with Zenon Konopka and Matt Ellis.