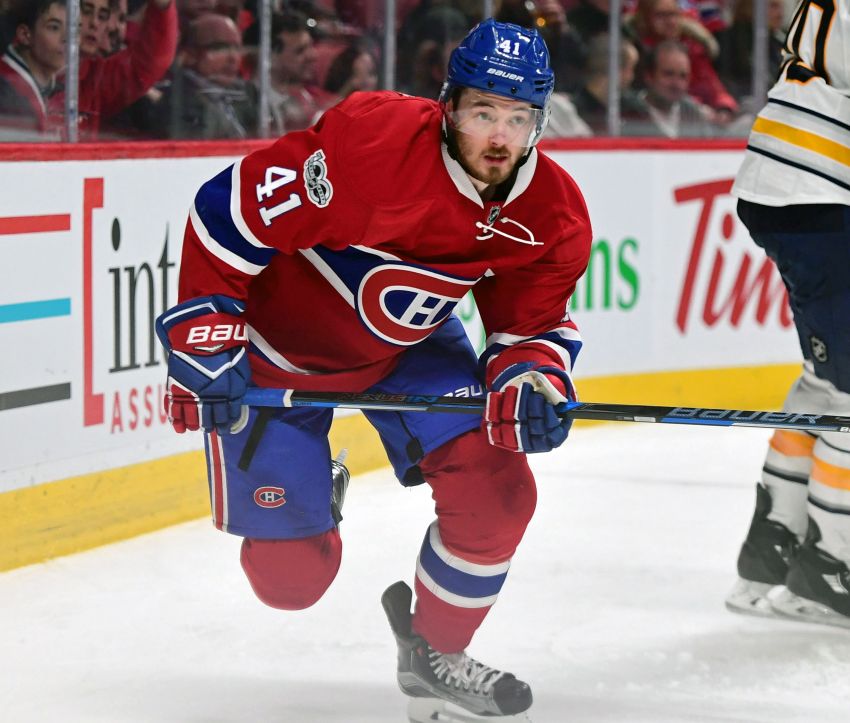 BUFFALO – Paul Byron and Tyler Ennis laughed and sounded nostalgic remembering their days growing up together as rookie roommates in the Sabres organization.

Byron, according to Ennis, is “not very good at video games.”

“A liar,” said a smiling Byron called Ennis on Wednesday.

These days, Byron and Ennis are happy NHL veterans.

Byron has morphed into one of the league’s biggest surprises this season, scoring 22 goals and 42 points for the Montreal Canadiens. Ennis, meanwhile, has started showing strong signs of shaking off an injury-plagued two seasons with the Sabres.

But their road to the NHL started as 20-year-olds in 2009-10 with the Portland Pirates, then Buffalo’s AHL affiliate. The season the undersized forwards spent sharing a condo and taking their first steps to the big league is clearly special to them.

“He drove me around, he cooked for me, he cleaned,” Ennis said prior to the Sabres’ 2-1 win against Montreal inside KeyBank Center. “What better roommate could you ask for?”

Yes, Ennis didn’t have a car that season.

“I was his chauffeur,” Byron said.

Byron and Ennis got along splendidly, unless they started playing an NHL video game.

“I destroyed him all the time and I wasn’t even that good at it,” Ennis said. “He was upset, threw tantrums, threw fits, threw Gatorade bottles.”

Not quite, Byron said.

“I dominated him,” he said.

On the ice, Ennis often dominated, compiling 23 goals and 65 points in 69 games. The AHL’s top rookie received a permanent promotion to the Sabres by late March.

Byron, meanwhile, had 14 goals and 33 points in 57 games, strong signs he could someday jump to the next level.

But in many ways, Byron and Ennis are the same player. Byron said he learned that by watching his friend. Both are speedy, possess a slick offensive skill set and are much smaller than their opponents.

The Canadiens list Byron at 5-foot-7 and 160 pounds; the Sabres list Ennis and 5-foot-9 and 175 pounds, although he has said he is four inches shorter.

“You think that we’d be competing against each other, but it was really like a good relationship,” Ennis said. “We were good friends, great roommates, got along really well.”

“You just knew he was going to play in the NHL,” he said. “He was so talented and so good. It gave me confidence knowing that, you know what, I can play, too.”

Ennis said Byron’s feistiness also inspired him to forget about his size.

“Anyone that watches him can tell how much he wants it, how big his heart is,” he said. “He was … skinnier than I was. He fought a couple of guys in the minors. He destroyed one guy. He’s awesome.”

Byron made it to the Sabres in 2010-11, playing eight games and scoring his first goal. They traded him to the Calgary Flames that offseason in the deal that landed them defenseman Robyn Regehr.

Byron, however, started doubting himself and looking at other options as he shuttled between the Flames and the AHL for three years. He almost bolted overseas to Switzerland and Russia.

“At the last second I pulled out, decided to stick it out and keep battling,” Byron said. “But you start doubting yourself, for sure. Every year new guys come in, young guys come in. … You get to a certain age where you fall out of favor as a prospect.”

Montreal claimed him on waivers prior to last season, and he quickly found a home showcasing his speed as a third- or fourth-line center. The Canadiens awarded Byron a three-year contract extension in February 2016.

The security Byron feels has buoyed him to a career season. He had 38 goals in 200 NHL games entering the year.

Ennis couldn’t be happier for his friend.