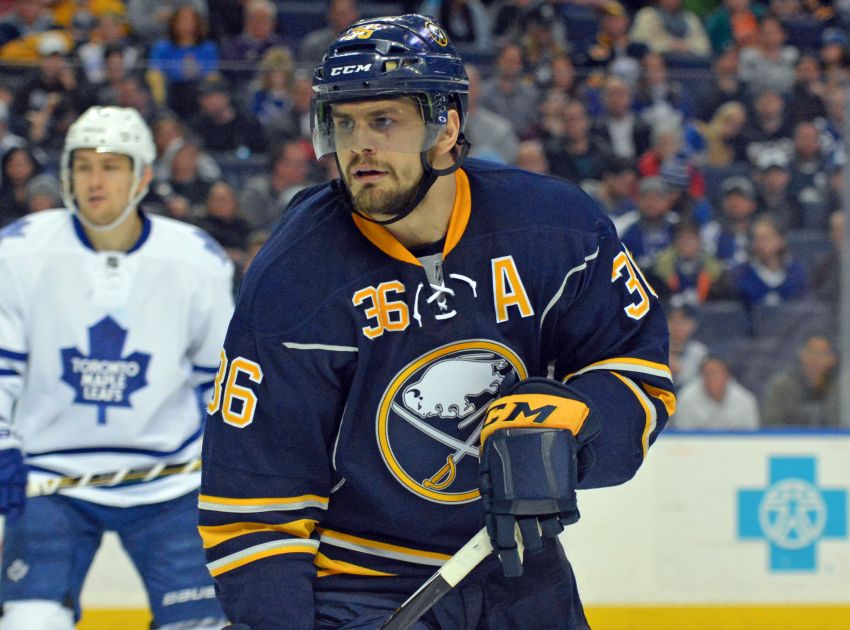 Emotion overwhelmed Kaleta. The 28-year-old Angola native had tears in his eyes.

“I was at a loss for words,” a proud Kaleta said today inside the First Niagara Center. “I don’t really know how to describe it. You dream your whole life to play for the Buffalo Sabres. Now that you’re playing for them, getting an ‘A’ is like another dream come true that you work your life toward.

Kaleta, a free agent after the season, will wear the ‘A’ for the final five games. He wore it for the first time Wednesday. Weber had been wearing it for injured defenseman Josh Gorges. Kaleta, who plans to have one of the jerseys framed, last wore a letter in junior.

Kaleta added: “It’s probably one of the most prestigious awards and one of the coolest things that ever happened to me before.”

In other news, defenseman Rasmus Ristolainen will return Friday against Chicago after feeling ill before Wednesday’s 4-3 win against Toronto.

Nolan said goalie Matt Hackett, who didn’t dress the last two games due to soreness, is resting and could be available Friday. Meanwhile, goalie Chad Johnson, out since hurting his ankle March 6, hopes he can play late next week before the season ends. Nolan seems less optimistic Johnson can play.