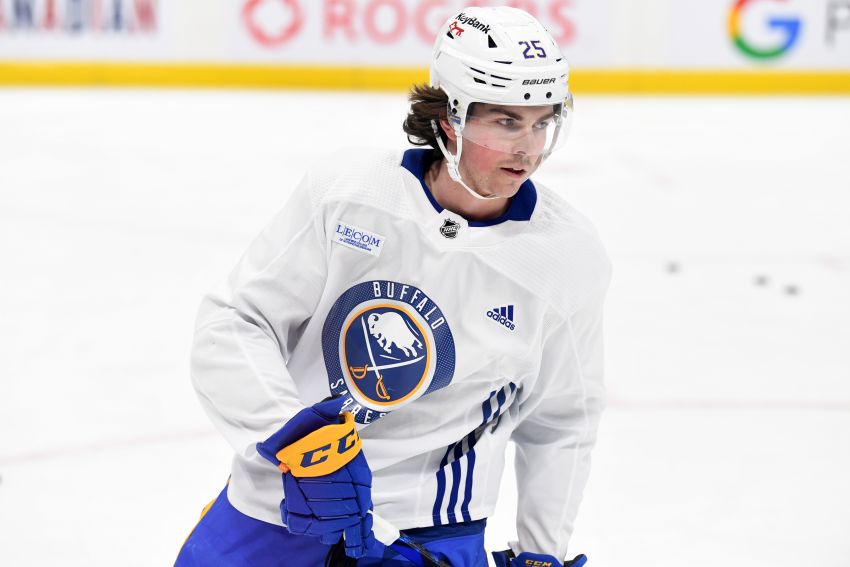 TORONTO – A lot has changed in the 30 days since the Buffalo Sabres and Maple Leafs met at the Heritage Classic.

The Sabres signed defenseman Owen Power, the first overall pick who will be making his highly anticipated NHL debut tonight. The Leafs, meanwhile, have morphed back into one of the league’s heavyweights, having won seven of their last eight games (7-0-1). They’ve scoring a whopping 43 goals in that stretch.

Since the Sabres defeated the Leafs 5-2 outdoors March 13 in Hamilton, Ontario, the Leafs have compiled 10-2-1 record, including a 6-0-0 home mark.

That loss, of course, burned the Leafs. Superstar Auston Matthews, whose 58 goals top the NHL, earned a two-game suspension for cross-checking Sabres defenseman Rasmus Dahlin late in the contest.

The Sabres had also just soundly beaten their closest rival 5-1 on March 2 at Scotiabank Arena.

So the Leafs and Matthews, who has scored 21 goals in his last 13 outings, might roar out of the gate tonight. Matthews hasn’t been held pointless since the Heritage Classic.

“Having met with him and known him for as long as I have, I do know that he was pretty ticked off at the end of last game and I’m sure he is carrying that right into puck drop tonight,” said Sabres coach Don Granato, who coached Matthews in junior. “And he’s hot. So, yeah, it’s a combination that I’ve been on the other side of a lot, very familiar with it. And now to be on the other side, I can tell you, it’s gonna be a challenge.”

He added: “The outdoor game was a home game for us but it was in Canada and the outcome favored us, so I’m sure there’s lots of people that remember that very well, foremost the team we’re playing. And they’re a bunch of competitive people over there. I know that, we know that.

“We also know they’re pretty darn good. So it’s easy to know our guys are aware of how intense this game can be.”

Granato did not give any lineup updates for tonight’s game, including the starting goalie. Center Cody Eakin, who missed Sunday afternoon’s 5-2 road loss to the Tampa Bay Lightning with an undisclosed injury, participated in the Sabres’ optional skate this morning.

Power, meanwhile, skated again this morning, his third time on the ice with his new teammates since signing his entry-level contract Friday.

“Tons of different emotions obviously going through the process for him, playing his first game, first overall pick, he grew up 20 minutes away,” Sabres winger Kyle Okposo said of Power, who grew up in nearby Mississauga, Ontario. “So, I mean, there’s going to be a lot going on in his head. Just try and have him simplify as much as he can just play.

“He seems like such a calm, calm guy. I’m sure he’s a bit like a duck on the pond, calm exterior but things are going on underneath the surface. But you’d never be able to tell on the ice. He’s just smooth and seems like he’s been in the league a long time just how he’s been on the ice.”