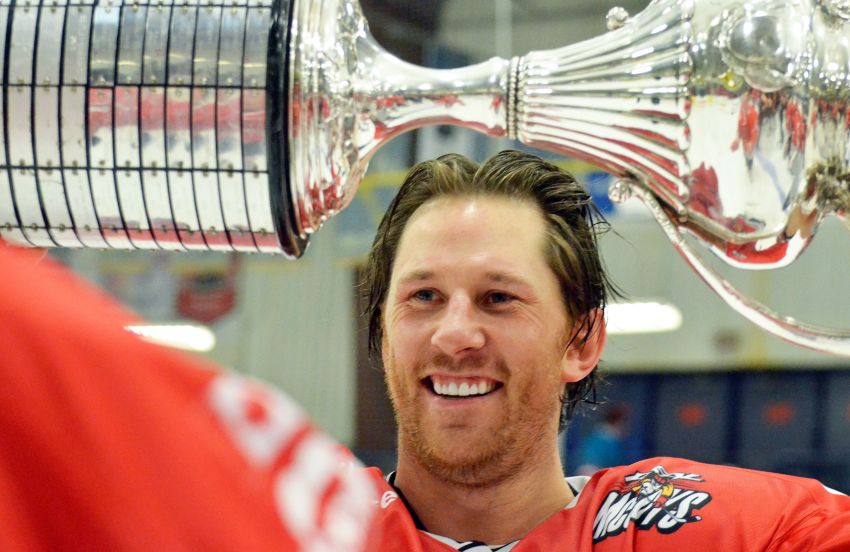 The team introduced the 36-year-old during a news conference this afternoon.

No word on whether he’ll still tweet about Nathan Gerbe’s size.

McKee, who retired from the NHL in 2010, coached one year with the Rochester Americans in 2011-12 before getting fired by former coach Ron Rolston.

Prior to his 802-game NHL career, McKee played four OHL seasons, including two with the Niagara Falls Thunder, which moved to Erie. He was still playing as recently as this year with the Dundas Real McCoys, a AAA Senior team in Ontario. He retired from playing after winning the championship.