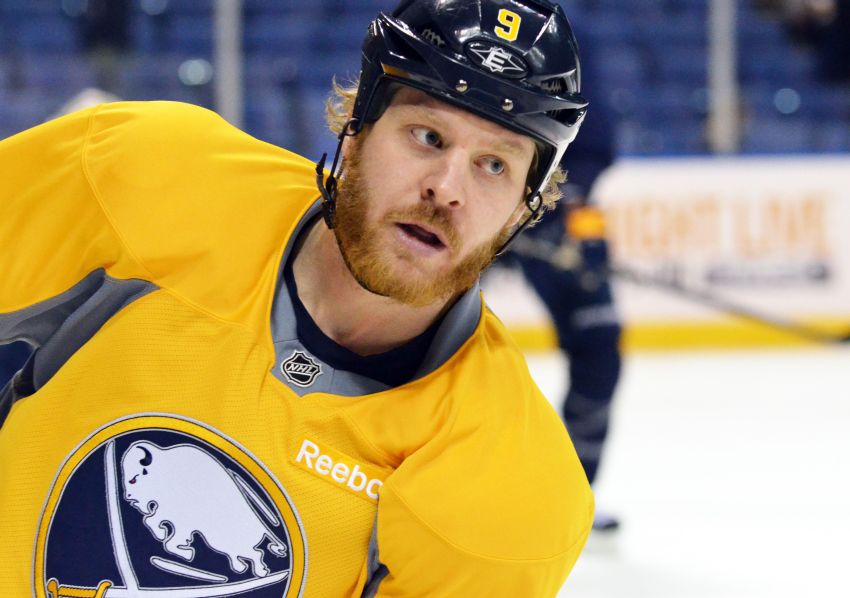 BUFFALO – Almost nine months ago, Steve Ott introduced himself to the local community, saying he believed his blue-collar style would endear himself to this hardworking community.

If you hit opponents and score goals in this town, you can earn a long career here.

Just 39 games into his Sabres career, the passionate Ott has become one of team’s most popular players. The rabid fan base loves his gritty, all-out style.

But his presence hasn’t translated into many wins. Fans’ frustrations with their struggling team have been boiling over inside the First Niagara Center this season.

He said so earlier this year, after the Sabres endured booing and sarcastic cheering in Sunday’s 3-2 shootout win over New Jersey and again on WGR this morning.

Today’s comments aren’t going over well with some fans.

Some of the interview with Howard Simon:

Do you believe there is just never any place for a home team to be booed by its fans?

“I think it’s completely ridiculous, to be honest with you.

“We go into other buildings, we’ve won a lot of games and teams that should have the same amount of frustration, sold-out buildings, and it’s funny because they’re continuing to cheer on their team. They stand behind their team. They respect the work ethic and everything else.

“It is (frustrating). It’s disheartening when we did get hemmed in our zone and they’re basically mocking us when you get up past the blue line and you finally get it in their zone after, I guess you could say, that minute and a half shift where they didn’t have a scoring opportunity.

“I guess you can say it was more the mocking of my teammates and everything else that probably pissed a lot of guys off, including myself. I mean, you’re a fan of the Buffalo Sabres, and hopefully you come to cheer us on and motivate us to be good.

“We got a lot of young players on this team and they definitely don’t deserve to be booed – they deserve to have that excitement and energy. It’s definitely not their fault for the last six years of frustration that’s gone on. We want to try to right the ship here. We want to continue to improve as an organization in the community, help out a lot of things. It would be awesome to have all those fans behind us 100 percent. Have that building rocking and creating that fun atmosphere in it.”

There was never any booing at a Dallas game?

“It was sold out for a lot of years in Dallas, through a lot of ups and downs. I can maybe picture an instance where we were getting blown out, maybe 5-1, at the end of the period they booed us off the ice, rightfully so. But if you’re in a 0-0 game or even up sometimes for an instance, the Boston game when it’s 1-1 and the power play doesn’t click the first time and they’re booing, yeah, I think that’s absolutely ridiculous.

“I don’t care how frustrated anybody is. Negativity breeds negativity, and if you want to see a bad product on the ice, and continue to boo, what do you expect? You’re obviously going to get a negative result.

“It would be nice to have the positive atmosphere and maybe that will transition into a heck of a hockey game or maybe even a scoring chance or opportunity. It definitely is very uplifting when the crowd is on your side.”

Does Ott really expect fans, some of whom spend hundreds of dollars and make other sacrifices just to attend games, to applaud poor efforts? On the flip side, should fans really be booing current players with little or no connection to the Sabres’ mediocrity over the past six years?

Ott made it clear later in the interview he believes the Sabres have great fans. Later, he tweeted, “I love the Sabres support, The pride and passion is awesome, 19,070 can be a huge difference maker 4us. #Init2gether”

One thing could clear this all up: more winning.