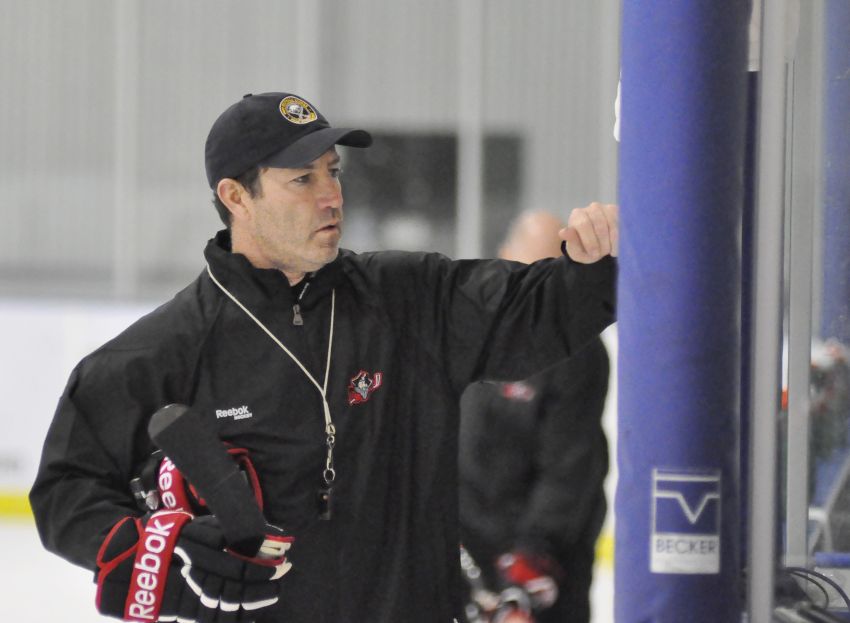 BUFFALO – Coaches often evolve or reinvent themselves following their failures. Sometimes they swallow their pride to do it. They might return to junior hockey or the minors and start riding buses again. They might take an assistant or development job.

Remember that as general manager Jason Botterill searches for the Sabres’ sixth coach in barely six years after firing Phil Housley on April 7.

Sometimes the best candidates aren’t the names being bandied about. Going “off the board” is popular these days. Perhaps Botterill wants to examine experienced coaches who have learned from their mistakes.

Mike Sullivan became an NHL head coach in 2003 at 37, just two years after his playing career ended. Following two seasons in Boston – the Bruins earned 104 points in Sullivan’s first season – he bounced around as an assistant for seven years.

When Botterill interviewed him for the Pittsburgh Penguins’ AHL vacancy in 2015, thoughts of Sullivan’s disastrous one-year run as an assistant under John Tortorella with the Vancouver Canucks ran through his head.

But Sullivan, who was working as a development coach with the Chicago Blackhawks, changed Botterill’s impression of him. Botterill hired him.

The Penguins promoted Sullivan after just 24 games with Wilkes-Barre/Scranton. Six months later, he led the Penguins to the first of two straight Stanley Cup victories.

It took almost 10 years, but Sullivan earned another shot as an NHL head coach.

So did Bruins coach Bruce Cassidy, who endured a rough 107-game run during his first stint.

When the Washington Capitals hired Cassidy in 2002, he was the league’s youngest coach at 37. Other than 36 games as a player, he had no other NHL experience.

The Capitals fired him less than a week after he apologized to the team’s veterans for questioning whether their family lives were hurting their play, according to The Washington Post.

Cassidy experienced a rough road back to the NHL. In 2007, the Ontario Hockey League’s Kingston Frontenacs fired him after barely a year on the job.

He wound up as an AHL assistant with the Providence Bruins before becoming their head coach in 2011. He moved up to Boston as an assistant in 2016.

When the Bruins stumbled months later, they hired Cassidy to replace Claude Julien. Since Cassidy took over the Bruins, they have a sparkling 117-52-22 record.

There are probably other Sullivan- and Cassidy-type coaches out there.

Dineen, 55, has a notable history with Buffalo, having served as the Sabres’ AHL coach during their successful three-year affiliation with the Portland Pirates.

In each of those seasons, the Pirates made the playoffs and boasted the AHL’s top rookie.

Dineen, a former 40-goal scorer who played 1,188 NHL games, has a knack for getting the most out of his players. Just look at the terrific rookie seasons forwards Luke Adam, Tyler Ennis, Nathan Gerbe and Tim Kennedy enjoyed under Dineen.

Paul Byron was an undersized and unheralded sixth-round pick by the Sabres who developed into an NHL prospect under Dineen. These days, Byron is one of the Montreal Canadiens’ top forwards.

After signing with the Sabres in 2009, forward Cody McCormick returned to the AHL and developed into a well-rounded asset in Portland.

Following his career season with the Sabres in 2010-11, McCormick signed a three-year NHL contract.

Dineen parlayed his work in Portland into his first NHL head-coaching gig with the Florida Panthers, who won the Southeast Division in 2011-12, his first season.

While the Panthers fired Dineen 16 games into his third season, he’s one of the few coaches who has had success in Florida.

Dineen also won a Cup in 2015 with the Chicago Blackhawks as Joel Quenneville’s assistant and led the Team Canada women to an Olympic gold medal at the 2014 Sochi Games.

He hasn’t coached since the Blackhawks fired him with Quenneville in November.

Dineen’s brother, Gord, is an assistant with the Rochester Americans, the Sabres’ current affiliate.

With a big assist from rookie goalie phenom Carter Hart, Gordon, 56, helped the hapless Philadelphia Flyers roar into the playoff race, leading them to a 25-22-4 mark after replacing Dave Hakstol as their interim coach in December.

Gordon is known for being a clear communicator.

But instead of giving Gordon the job, the Flyers hired Alain Vigneault, a veteran coach the Sabres were possibly interested in, Monday.

The Flyers, who promoted Gordon from their AHL club, the Lehigh Valley Phantoms, told him he can return to that gig next season.

Gordon, a former NHL goalie, received his second chance after lasting 181 games with the New York Islanders. He missed the playoffs twice before getting fired 17 games into the 2010-11 season.

Richards, 52, has been as assistant with the powerhouse Tampa Bay Lightning the last three years.

While the Minnesota Wild missed the playoffs in its two seasons under Richards, he quickly found another head job.

Just months after the Columbus Blue Jackets hired Richards as an assistant, they promoted him to replace Scott Arniel during the 2011-12 campaign.

Richards, a former NHL defenseman, led Columbus to the playoffs once, lasting until seven games into the 2015-16 season.

Richards was Wilkes-Barre/Scranton’s coach in 2007-08 when Botterill joined the Penguins organization.

Amerks star Zach Redmond, who scored a franchise-record 21 goals this season, was named the 2018-19 winner of the Eddie Shore Award as the AHL’s most outstanding defenseman on Tuesday.

The Michigan native is the third Amerk to win the award, joining Steve Kraftcheck (1959) and Al Arbour (1965).

The Amerks begin their best-of-five first-round playoff series against the Toronto Marlies on Friday at Blue Cross Arena.