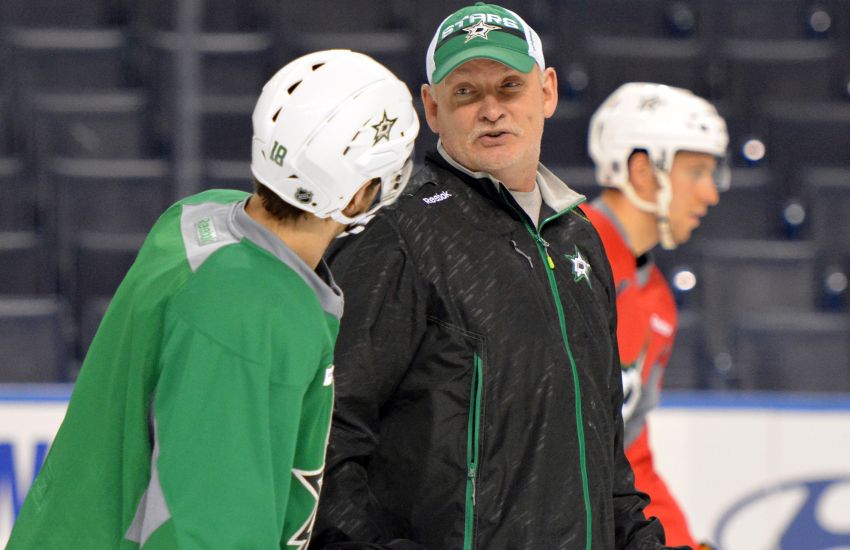 At the height of the fierce post-lockout Sabres-Senators rivalry, Ruff sent Adam Mair on the ice to jump Spezza, a move that helped ignite the infamous brawl between the teams after Sabres co-captain Chris Drury was injured.

“We talked about it,” Ruff, who was fired as Sabres coach two years ago, said this afternoon inside the First Niagara Center, “and he said, ‘You sent those guys out there after me, and I said, ‘Yeah, I did.’ I admitted it. I … got fined for it, so I admitted it again. I said I’d send him again.”

Spezza’s one of several high-scoring stars in Ruff’s arsenal. Still, the Stars struggled early in the season, losing seven straight contests in October. They’ve lost four of the last six games (2-3-1) entering tonight’s game against the Sabres, who have dropped 15 of the last 16.

Ruff still keeps tabs on the Sabres. He watched their 3-0 loss to St. Louis on Thursday and came away impressed.

“They got some good size,” Ruff said. “They got some guys that are heavy on the puck. They might not create as many chances on a nightly basis, but this is a situation where you just can’t take anything for granted because they’ve already shown they can beat good teams.”

Tonight will be Ruff’s second visit back to Buffalo. The Sabres and the fans honored Ruff, who coached here 16 years, early last season. This game will be a little different.

Check back later for more on Ruff.

One thought on “Now with Stars, Lindy Ruff and Jason Spezza can laugh about past”