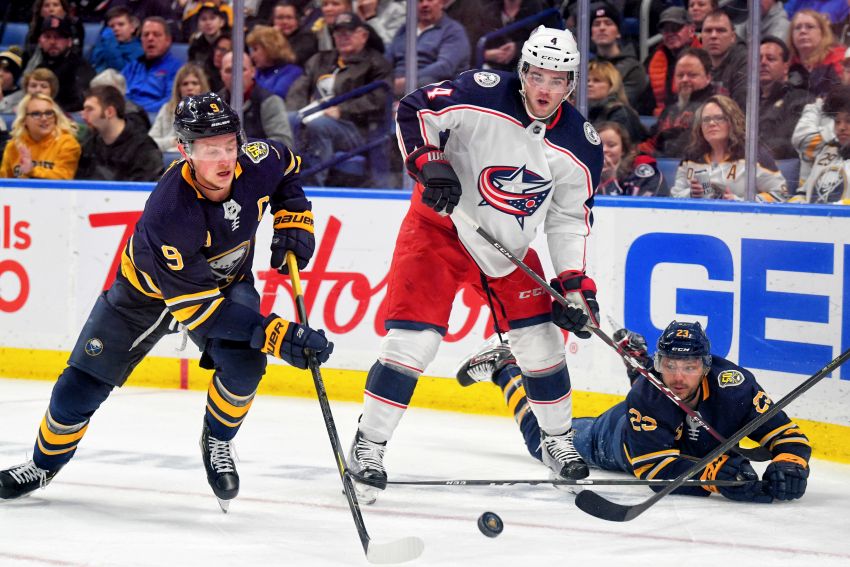 Seventy-five days after the COVID-19 pandemic forced the NHL to suspend its schedule, the Buffalo Sabres’ season is officially over.

Rather than finishing the regular season, NHL commissioner Gary Bettman this afternoon announced a return to play plan in which 24 teams – the top 12 from each conference ranked by points percentage – will play a qualifying round before the Stanley Cup playoffs if the league can resume this summer.

The Sabres finished with the Eastern Conference’s 13th-best points percentage (.493), meaning they just missed the cut for the qualifying round. They earned 68 points (a 30-31-8 record) in 69 games, three fewer than the Montreal Canadiens (.500 points percentage) compiled in 71 contests.

So just a few more points could’ve helped the Sabres, who started the season 9-2-1 under new coach Ralph Krueger, sneak into the qualifying round. While the 24-team tournament isn’t considered the postseason, participating in it would’ve given them a terrific opportunity to make the playoffs for the first time since 2011.

Instead, the Sabres’ NHL-long playoff drought has hit nine years.

The Sabres played their last game March 9, a 3-2 home win over the Washington Capitals. The NHL paused its season March 12.

Captain Jack Eichel, whose dynamic play generated Hart Trophy talk for months, led the Sabres with a career-high 36 goals and 78 points in 68 games.

Points-wise, the Sabres finished sixth in the Atlantic Division for the second consecutive year and 13th overall in the conference.

The Sabres have 6.5% odds for the top pick in the NHL Draft Lottery, which will be held June 26.