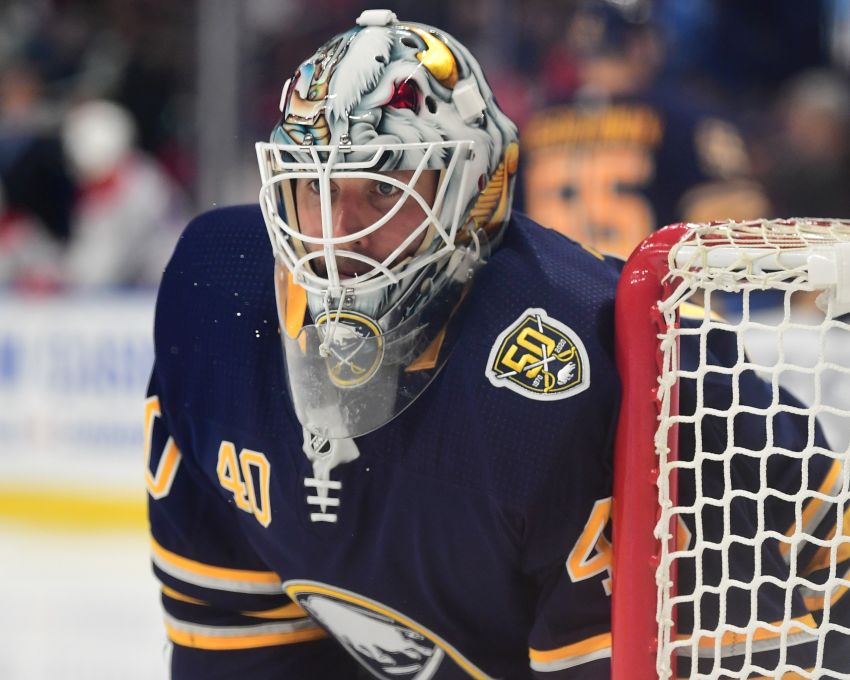 But Hutton, who earned the NHL’s third star for the week ending October 20, isn’t worried about his playing time. He knows the coaching staff must make some hard decisions.

“I don’t know what’s going on behind closed doors, truthfully,” Hutton, 33, said this afternoon following practice inside KeyBank Center. “I’m glad I don’t sit in those meetings. They got a lot to think about.

“Honestly, I think they have a plan and they’re sticking to it.”

Whatever plan the Sabres have is working.

Last Monday, he made 25 saves in a 4-0 home win over the Dallas Stars, his first shutout with the Sabres and the 12th of his career.

After Ullmark started Wednesday’s loss to the Anaheim Ducks, the start of a three-game road trip, Hutton stopped 47 shots in 3-0 win over the Los Angeles Kings.

Hutton’s busy night established a new franchise record for saves in a shutout.

“It’s the same game, truthfully,” Hutton said of his busy night. “You just try to stay with it, whether you’re getting 20 shots or 47, whatever it is. You get some breaks, too, right?”

Then Krueger started Ullmark for Saturday’s 4-3 win versus the San Jose Sharks.

Hutton, who will likely start Tuesday’s home game against the Sharks, said his honor is “a little accolade.”