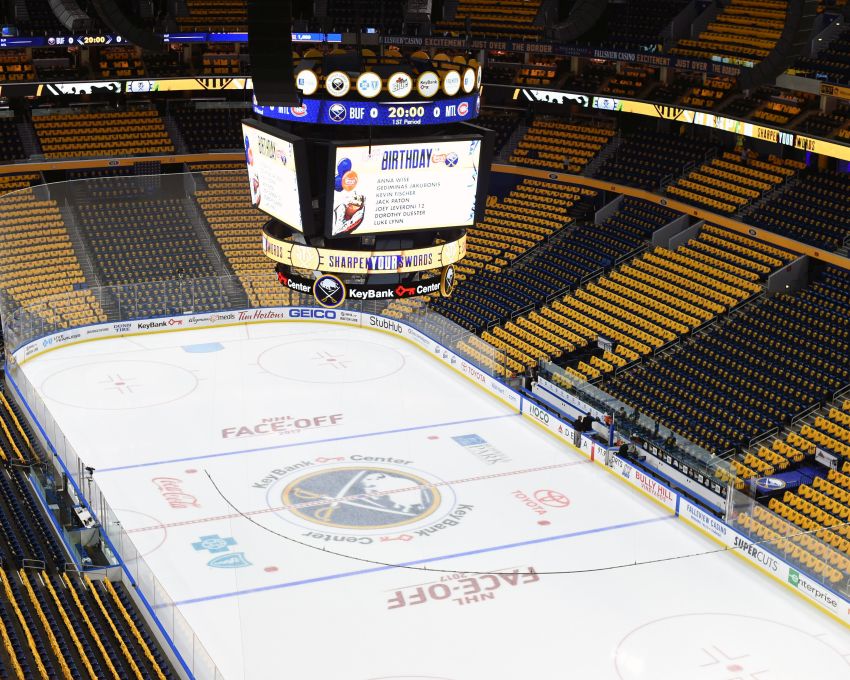 KeyBank Center could remain empty the rest of the season. ©2020, Hickling Images

In a best-case scenario, the NHL could restart its season in the second week of May, the league announced today.

Of course, that timeline could be overly optimistic. The COVID-19 pandemic, which forced the NHL to suspend its season indefinitely Thursday, is a fluid situation.

But following Sunday’s CDC recommendation that events with 50 or more people be canceled or postponed for eight weeks to prevent the spread of the coronavirus, the NHL sent a directive to its players informing them they can return home immediately, wherever they live.

At the end of a self-quarantine period on March 27 and depending on “world developments,” the league will consider opening team facilities to players “in scheduled and coordinated small groups for voluntary training and care.”

“Our objective will be that, in addition to continuing regular updates, we will be able to provide high-level guidance on the potential of opening a training camp period roughly 45 days into the 60-day period covered by the CDC’s directive,” according to the NHL.

That means camps could open in late April.

The Buffalo Sabres were scheduled to begin a two-game road trip Tuesday against the Carolina Hurricanes.

Update from the NHL regarding player activity and movement during season pause: pic.twitter.com/yeFjII7W49