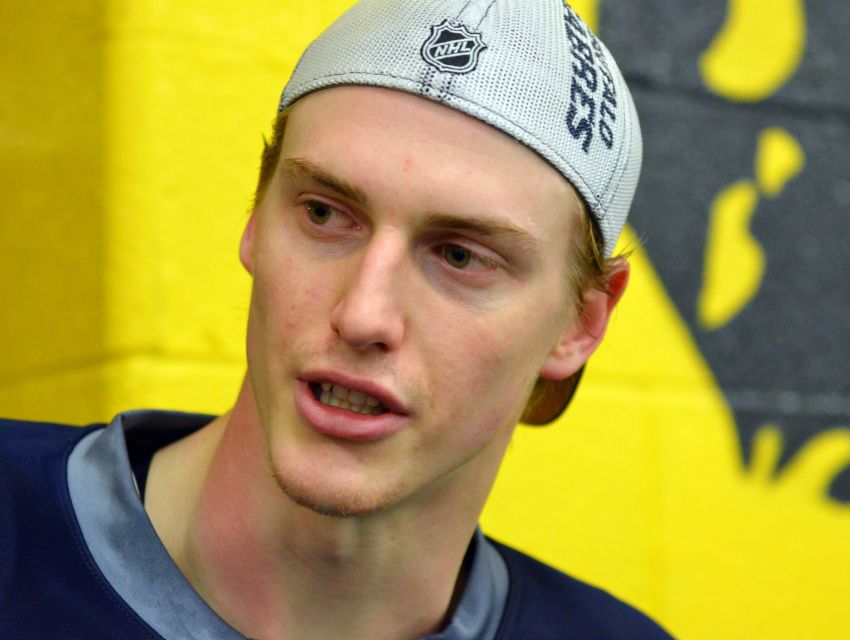 At 7:02 into the third period, the 6-foot-8 Myers hit Zubrus, who’s three inches shorter, high along the wall, earning a minor penalty for an illegal hit to the head.

Shanahan also said: “Until just before impact, Myers is in position to make a legal, full-body check on Zubrus, who is eligible to be checked. However, rather than remaining in an athletic position and delivering a check into Zubrus’ chest or shoulder, Myers unnecessarily extends upward and drives his right shoulder into Zubrus’ jaw when head contact such as this was completely avoidable.”

Earlier today, before his phone hearing, Myers said he was expecting a call “just because of what penalty I got on the play.”

“I don’t want to say too much until I have my phone call,” he said. “It’s just one of those plays where (I’m) being aggressive. I came out of it with a phone call.”

And the second suspension of his five-year career. The NHL banned Myers three games in March 2012 for hitting Montreal’s Scott Gomez into the boards from behind.

“Anything head area now you’re not surprised,” he said. “You have to do something from stop players from getting up in that area. It’s dangerous, dangerous hit.”