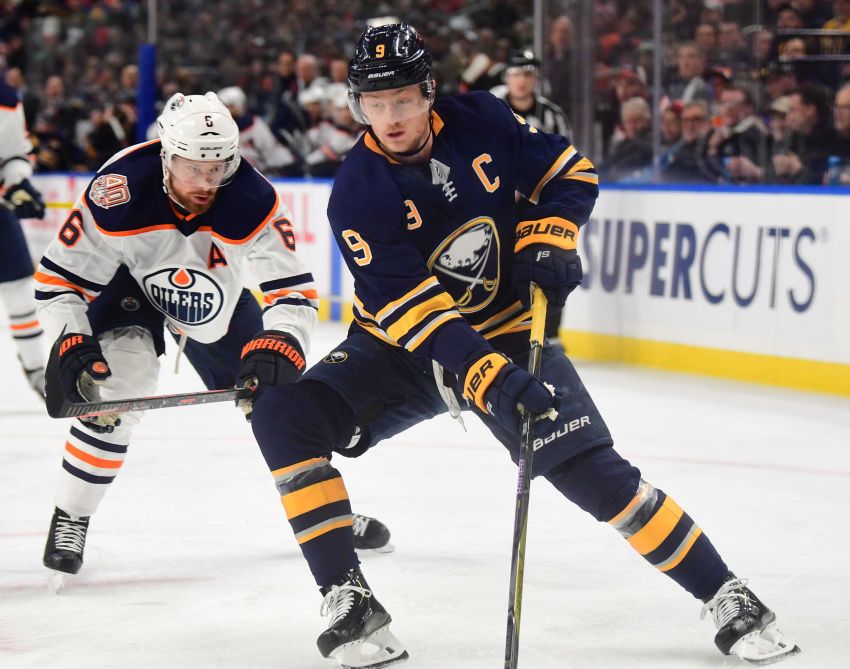 Eichel, the Sabres’ leading scorer with 72 points in 65 appearances, will miss two home games: Tuesday’s against the Dallas Stars and Thursday’s versus the Pittsburgh Penguins.

As Eichel and Soderberg pursued a loose puck in the neutral zone, Eichel cut in front of him, hitting Soderberg’s head with his upper body.

Eichel, who had a hearing earlier Sunday, argued Soderberg was low and reaching for the puck, according to the department.

“This is not a case where Soderberg’s bent posture means that there is no way to deliver a full body check without making unavoidable head contact,” the department said in a video explaining the suspension. “Based on Eichel’s angle of approach from Soderberg’s side, there are angles to deliver a check that do not require hitting from Soderberg’s head.

“In addition, this is not a case where there is sudden movement immediately prior to or simultaneous with contact that significantly contributed to the head being the main point of contact. Soderberg is in a low position and reaching out for the puck before Eichel changes his course to initiate his hit.”

Eichel will forfeit $107,526.88 in salary, according to the league. The money goes to the Players’ Emergency Assistance Fund.

The department acknowledged Eichel’s clean record – this is the first suspension of his four-year NHL career – in explaining the short ban.

Eichel’s suspension is just the latest blow for the reeling Sabres, who have lost four straight games and 10 of their last 12 (2-8-2).

The NHL All-Star has been their lone offensive threats many games throughout the past few months. His 26 goals rank second on the team.

Eichel, who expressed frustration following Saturday’s game, was hit by Avalanche defenseman Nikita Zadorov after the whistle earlier in the contest.