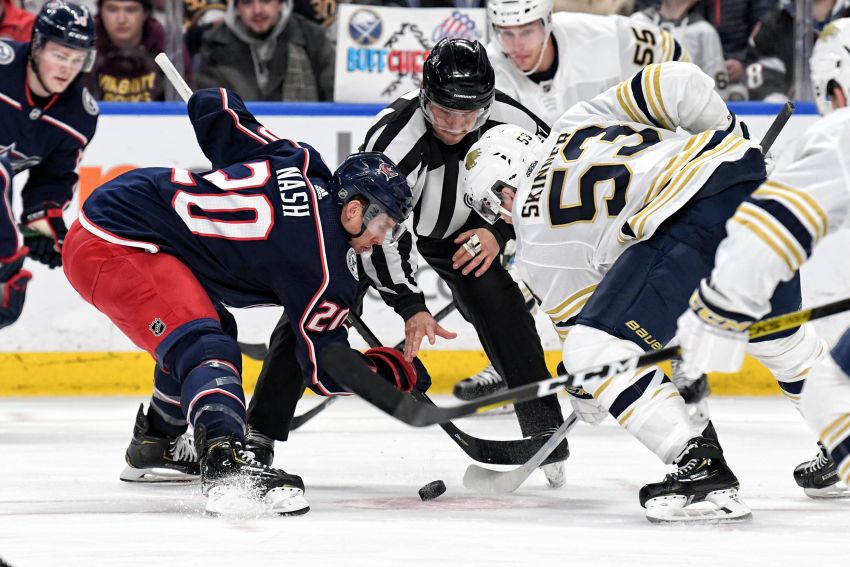 Four new NHL divisions, including one comprised entirely of Canadian teams. A 56-game schedule. The Stanley Cup awarded in July.

The COVID-19 pandemic, which is still ravaging the United States and Canada, forced the NHL and NHL Players’ Association to make some major changes for the 2020-21 season.

The Buffalo Sabres, for example, have temporarily been shifted to the new East Division, a group of eight teams that normally play in the Atlantic and Metropolitan.

But the realignment and other changes, which were formally announced on Sunday, needed to happen to ensure a season could take place. The U.S.-Canadian border is still closed. The NHL and NHLPA must deal with local and national health municipalities.

Very little, of course, is normal or easy these days.

“The NHLPA and the NHL intend to be flexible and adaptable in their approach during the coming weeks to ensure compliance with directives from both local and national governmental and health authorities focusing on the health and safety of the players, other game-related personnel and the communities in which we play,” the NHL and NHLPA said in a joint press release.

The NHL plans to have its 31 teams play in their home rinks. Early in the season, fans likely won’t be able to attend games. If necessary, the league is prepared to move games to one or more neutral-site venues.

To finish last season after more than a four-month pause, the NHL staged the playoffs in two “bubbles.”

There will be no preseason games this year. The Sabres, who haven’t played a game since March 9, can begin their training camp Dec. 31 because they missed the postseason. Playoff teams can start their camps Jan. 3.

The regular season runs until May 8. The first round of the playoffs will feature intradivisional play, with the top four teams qualifying.

Each of the four rounds will be a traditional best-of-seven format. The NHL staged a qualifying round in August and shortened the first round to a best-of-five because the league canceled the final three weeks of the regular season.

The four teams that advance to the semifinal (what would normally be the conference finals) will be seeded by their regular-season points total. The No. 1 one seed will play No. 4 and No. 2 will face No. 3.

If everything goes as planned, the Cup final should be finished around mid-July. Then the league will turn its attention to staging a “normal” 2021-22 season. The regular season would begin in early October.

The schedule, key dates, health and safety protocols and transition rules will be announced in the coming days.

Some other notes on the unique season:

– Teams can have 36 skaters and an unlimited number of goalies on their camp roster, according to Sportsnet’s Elliotte Friedman.

– Teams must carry at least three goalies at all times between the active roster and new taxi squad the league plans to implement, according to Sportsnet’s Chris Johnston.

– The NHL Draft is scheduled for July 23 and 24, according to TSN’s Bob McKenzie. Free agency is set to begin July 28, according to The Athletic’s Pierre LeBrun.