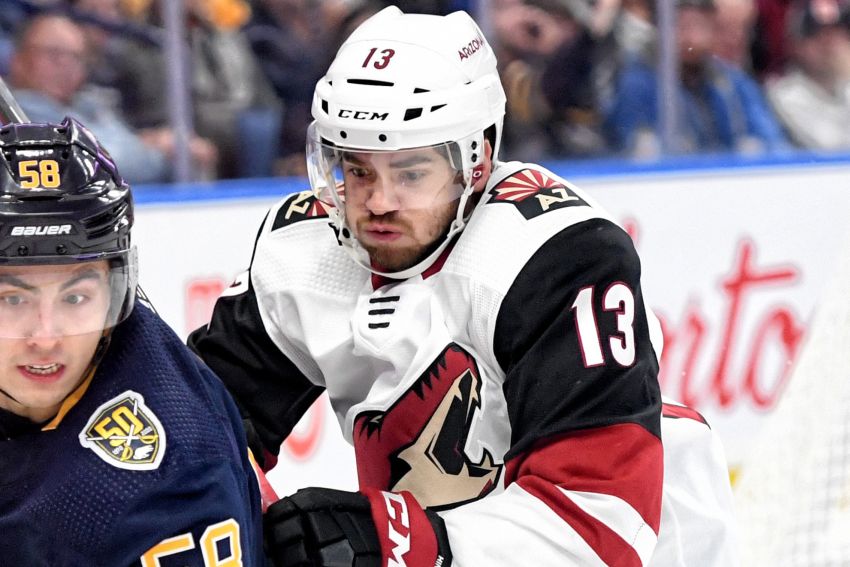 Three and a half hours after free agency opened today, the Buffalo Sabres made their first move, signing forward Vinnie Hinostroza to a one-year, $1.05 million contract.

Hinostroza, 27, knows Sabres coach Don Granato from their days together with the Chicago Blackhawks. The American offers the Sabres depth and versatility to play up and down the lineup.

The Chicago native set new career highs by scoring 16 goals and 39 points in 72 games with the Arizona Coyotes in 2018-19.

The Blackhawks drafted Hinostroza in the sixth round in 2012, 169th overall.