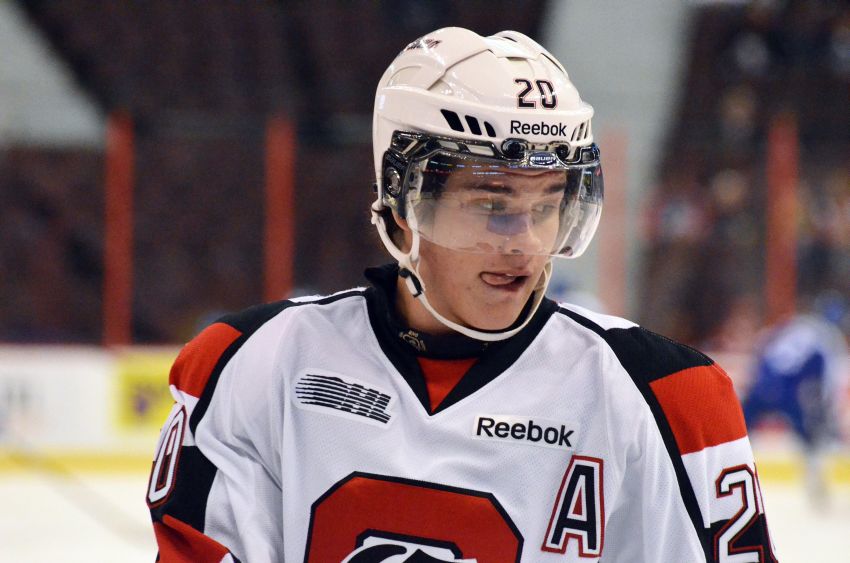 MISSISSAUGA, Ont. – Sean Monahan is raring to go and prove he’s ready for the next level following a trying campaign. The center’s 16-win season with the hapless Ottawa 67’s mercifully ended March 17, months before some of his counterparts in the 2013 NHL Entry Draft.

Monahan should still be proud he was the lone bright spot on the Ontario Hockey League’s worst team, leading the rebuilding 67’s with 31 goals (10 more than his next closest teammate) and 78 points (38 more).

The 18-year-old captain, the No. 5 prospect among North American skaters for Sunday’s draft, believes he’s ready to step in and be a regular in the big leagues next season.

“That’s my goal, to be an everyday player next year in the NHL,” Monahan said earlier this month at the NHL Scouting Combine.

Monahan attended Buffalo’s combine recently, although he likely won’t be around when the Sabres make their first pick at No. 8.

“His hockey sense is phenomenal,” NHL Central Scouting’s Chris Edwards said. “It was a real tough situation there in Ottawa this year. They really didn’t have a home (playing games at Scotiabank Place). They were practicing all over. The whole team really struggled. So he had a tough time and he still had a real good year with it.

Monahan on being a captain during a rebuilding season: “It was obviously difficult losing good friends and teammates that I played with for two years. I guess being the captain of that team, it was pretty special to me. I think I’m a leader and I like the challenge. So I think I learnt a lot. It really matured me as a person and a player this year.”

Edwards on Monahan’s style: “He’s a polished guy. He knows his role out there. He can play. He can kill penalties. He’s good on the power play. He’s a top six guy and he’s a real smart player.”

Monahan on his style: “I think I’m a good player and I think the game well. I think I compete every shift and I compete in the faceoff dot.”

Monahan on overcoming his shyness: “I was really shy growing up. After going through all this year and stuff last year and the year before, it’s really matured me as a person.”

He added: “Obviously, I still get a little bit nervous. But it’s much better now, for sure.”