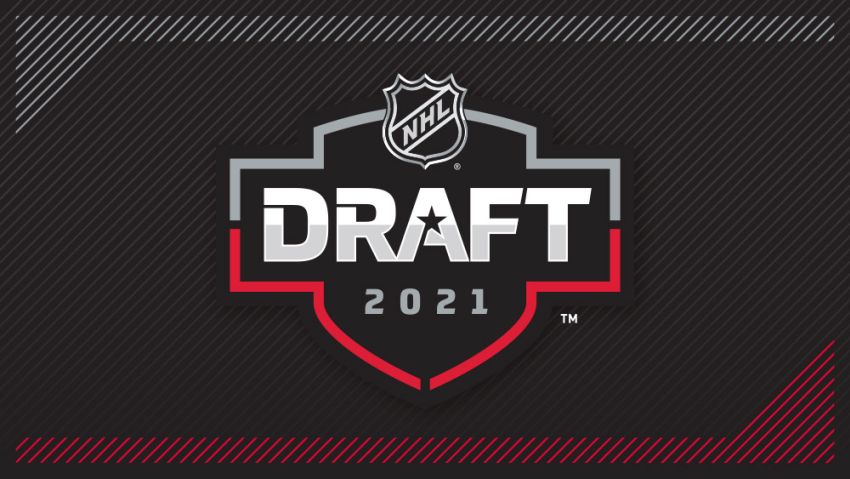 William Eklund will likely be picked early at the NHL Draft on Friday. ©2021, NHL

William Eklund believes playing another season in the Swedish Hockey League will benefit his development, so whichever team picks the winger early in Friday’s NHL Draft will likely have to wait a year for him.

“I have one more year in Europe to develop into a better player here,” Eklund, a winger who has spent the last two seasons with Djurgardens IF, said on a Zoom call July 6.

NHL Central Scouting ranked Eklund first in its final list of European skaters for the 2021 draft, meaning he might possess the talent to play in the big leagues right away.

In an email to the Times Herald, Goran Stubb, the NHL’s director of European scouting called Eklund “an extraordinary player” and a “difference-maker.”

Stubb wrote that Eklund has “smooth hands, excellent understanding of the game and (is) an extraordinarily fast skater with acceleration and straight-ahead speed.”

But Eklund’s desire to stay with Djurgardens, according to Stubb, is notable.

“Many young European prospects want everything quickly, too soon,” Stubb wrote. “Eklund is smart, he understands that he will develop to a better player playing on a high level in the Swedish League for at least one more year.

“He does not want to take the step to North American pro leagues until he is 100% ready. He had a big role on Djurgarden last season and will be a key player on the team (in) 21-22.”

The Buffalo Sabres, who own the first overall pick, are expected to select Michigan defenseman Owen Power. Still, if the Sabres trade captain Jack Eichel or another huge asset and pry a top pick from a team, Eklund could be an intriguing option.

Despite undergoing an emergency appendectomy and battling COVID-19, Eklund enjoyed a breakout season in 2020-21, scoring 11 goals and 23 points in 40 games and earning the SHL’s rookie of the year honors.

“I had to work mentally to be tough there,” Eklund said of his health problems.

How much did the 5-foot-10, 176-pound Eklund improve last season? In his first taste of the SHL a year earlier, he mustered zero goals and just two assists in 20 outings.

Eklund credits his ability to get to the net and find the right spot for his increased production.

“Despite not catching many breaks, he made quite the name for himself this year,” said Dan Marr, the director of Central Scouting. “He’s got speed, the skills, he can finish. He’s got that composed hockey sense, anticipation where he has a quick read-and-react game to capitalize on chances.

“But the thing that everyone liked about him, he goes hard on every shift. He’s not big but he’ll play bigger than his size.”

Eklund, according to Stubb, “always goes at full speed.”

“He blocks shots, wins battles at the boards and has the skills to create scoring chances for himself and linemates using his quick, surprising moves,” Stubb wrote. “He has great personality on and off the rink, shows character, competitiveness.”

In the NHL’s clutch-and grab eras, undersized players struggled to get opportunities. But the game has evolved, and now players much smaller than Eklund are some of the league’s biggest stars.

“The game of hockey has changed so much over the past years that those smaller, skilled players can be really effective in the NHL, too,” Eklund said. “Those are role models for us smaller players. It’s fun to see that they’ve had such good success in the NHL.”