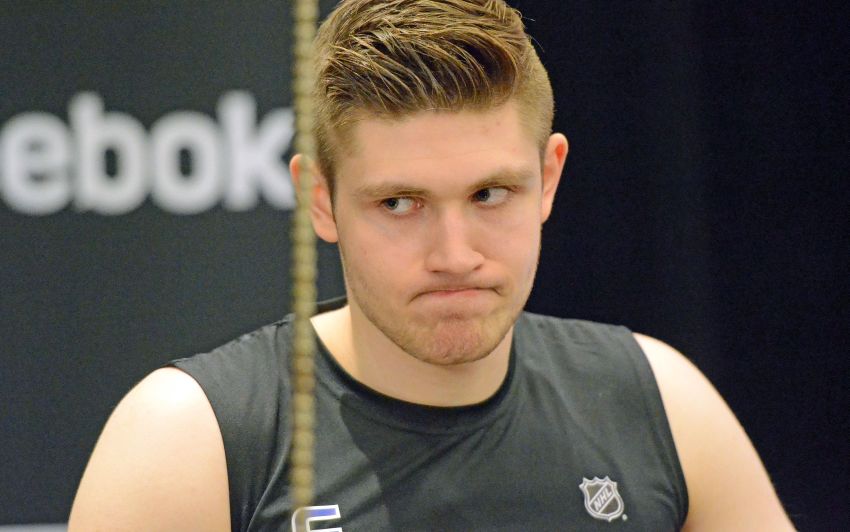 Germany didn’t even qualify for Olympic ice hockey this year.

But in center Leon Draisaitl, the country has produced one of the game’s slickest prospects. The 18-year-old will likely become the highest-drafted German ever Friday at the NHL Entry Draft in Philadelphia.

With that honor, Draisaitl will happily become the face of German hockey.

“I want to be a guy that maybe makes younger guys in Germany play hockey,” Draisaitl said last month at the NHL Scouting Combine inside the Toronto International Centre.

Draisaitl, the No. 4 prospect among North American skaters, has spent the last two seasons with the Western Hockey League’s Prince Albert Raiders. He had 38 goals and 105 points in 64 games in 2013-14.

How good is he? Dan Marr, the director of NHL Central Scouting, called him a “legitimate candidate” to go first overall.

“He’s probably the one forward that would have a legitimate chance to go to a training camp and make the team out of training camp this year,” Marr said by phone recently. “I don’t know that the other forwards can step into that role because he’s got the physical maturity and he’s got just the overall maturity to handle that.”

The 6-foot-1, 186-pound Draisaitl would become the 25th German-born player to appear in the NHL. Seven played in the league last season, including Ehrhoff and former Sabres defenseman Alexander Sulzer, who recently signed a contract to play at home.

Draisaitl could be an attractive option for the Sabres at No. 2. The rebuilding team desperately needs a franchise center. Sabres general manager Tim Murray said last week there’s a “very good chance” the Sabres will take Draisaitl, Sam Bennett or Sam Reinhart, the top pivots available. Draisaitl said he spoke to 18 clubs at the combine, including the Sabres.

Whatever happens, Draisaitl wants to make his country proud.

“It’s a huge honor,” he said about getting drafted early. “German players don’t come along very often. We just don’t have the best development. I don’t like saying it. I’m proud to be German. But I think it’s important for the German hockey to have a guy like Christian and other guys like (Pittsburgh’s Marcel) Goc so little kids can have guys to look up to.”

Here’s more on Draisaitl, who looked up to former Sabres forward Jochen Hecht, one of the greatest German players ever, growing up.

Raiders coach Cory Clouston on Draisaitl’s style: “He’s very creative with the puck. He’s really not the fastest skater, but he’s really hard to knock off the puck. He protects it very well. Very good vision. Very good distributor of the puck. He has a lot better shot that I think he gives himself credit for. He started shooting the puck a lot more. He’s got a very good shot. … He’s skilled, creative, strong on the puck.”

Marr on Draisaitl: “He’s a playmaking power forward. He can protect the puck and he’s a very hard guy to get the puck off of. But he sees the ice. He makes those thread-the-needle type passes. But he’s got very good instincts to the game. He knows how to get open. He knows how to finish.”

Clouston, who coached the Ottawa Senators for three seasons, on if Draisaitl can make the NHL jump: “Is he going to be a very good player in the NHL? Absolutely. Whether that’s next year or two years from now, I think time will tell.”