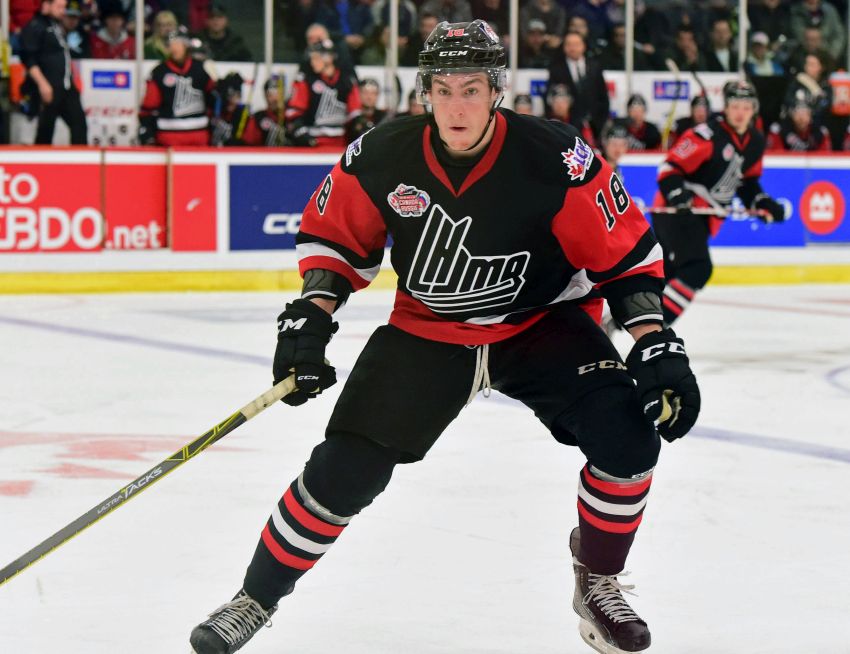 Sure, after the Toronto Maple Leafs select Matthews, there’s speculation the Winnipeg Jets could pass on Laine, the presumptive No. 2 pick, and go for Puljujarvi, another Finn, leaving Laine for the Columbus Blue Jackets. But those three players will almost certainly go first.

What could happen next on the First Niagara Center floor is unclear. In past years, the order could be handicapped somewhat, said NHL Central Scouting’s Dave Gregory.

This year, with no consensus, it could get “crazy,” Gregory said.

Here’s more on two players who could be available to the Sabres eighth overall the Times Herald hasn’t profiled.

“He’s a player who is such a specimen,” Gregory said. “His game just translates really well to the NHL level for someone to have the size that he does and to be able to skate with and without the puck the way he does.”

Gregory said Dubois possesses a “creative mind for guy who can be big and physical.”

“He has soft hands, and then all of a sudden, next shift he’ll be really gritty and be physical in the corners and be able to dominate in traffic,” he said.

Dubois switched from wing to center after Christmas, a move he enjoyed.

“One of the things I wanted to be was be a guy that could play anywhere, any position, any situation,” Dubois said. “I never played center in my life before Christmas. So I think that made me a more well-rounded player.”

To Gregory, the Swede “might be the most skilled guy in this draft.”

“He’s a pure-skilled guy that thinks the game so well, creative thinker to make opportunities happen,” he said. “He’s like a pure offensive instincts guy. He’s going to score one way or another.”

Nylander is the son of former NHL forward Michael Nylander and the brother of Leafs forward William Nylander, the eighth pick in 2014.

Sabres coach Dan Bylsma filled one of the openings on his staff Thursday, hiring Bob Woods as an assistant.

Woods, 48, just spent two seasons as the coach and general manager of the junior Saskatoon Blades, a Western Hockey League club. Prior to that, he was as an NHL assistant under Bruce Boudreau for six years with the Washington Capitals and Anaheim Ducks.

Gregory on what makes the Arizona-raised Matthews so special:

“He can dominate in so many ways. When he has the puck, something is going to happen, especially in the attacking zone. Even when he might not have a huge scoring night, he just dominated with the puck and made things happen, created chances, maybe just didn’t have the finish.

“And then there’s games where everything clicks. He’s putting up five, six points or something crazy. He just plays at such a quick pace and (has) such a passion, (is) hard to get off the puck. He just does everything so well. You can’t knock him off the puck. He’s so strong on his skates, effortlessly knocks guys away from him.

“(He’s) just one of those guys that you know immediately he’s dominating a game when you watch him play.”