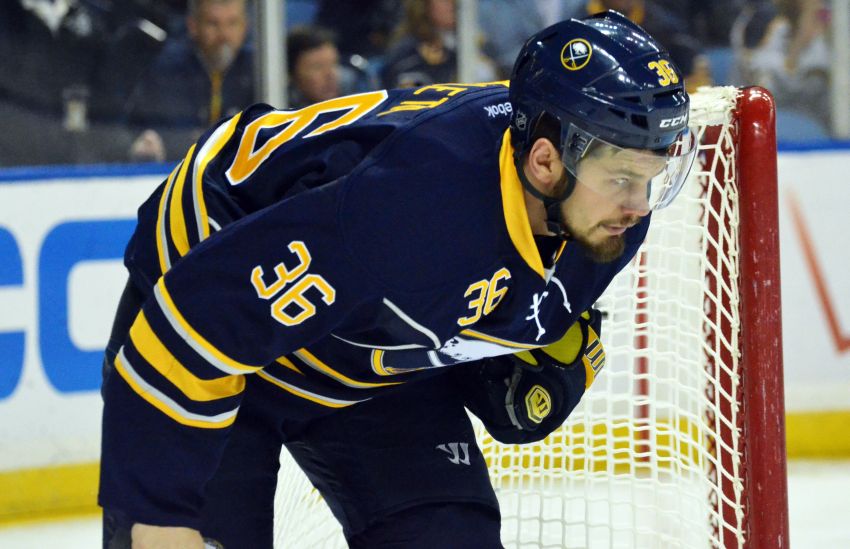 BUFFALO – The NHL has suspended agitator Patrick Kaleta five games for knocking Rangers star Brad Richards into the boards from behind while killing a penalty in the Sabres’ 3-2 shootout loss Sunday in New York, NHL discipline czar Brendan Shanahan announced this afternoon.

He was assessed a five-minute boarding major and a game misconduct at 3:28 of the third period after cross-checking Richards at the outside edge of the left faceoff circle. In a scary scene, Richards tumbled headfirst into the boards, his neck twisting as he hit.

Richards grimaced in pain on the ice for a minute or two before skating off. He later returned to the game.

“It’s probably one of the most dangerous hits I’ve seen,” a “fuming” Rangers coach John Tortorella told reporters following the game, according to the New York Daily News. “It’s ridiculous. … It’s disgusting. It’s a lack of respect. Each team wants to beat the other team, but you need to respect what’s going on on the ice.”

“I just kind of tried to collect myself, do a mental check … (then) I got in a tunnel and heard a goal right away,” he said. “We needed to get something going so at least we got something out of it.”

Opponents loathe Kaleta. The 26-year-old winger’s aggressive play and history of questionable hits have put him under the microscope.