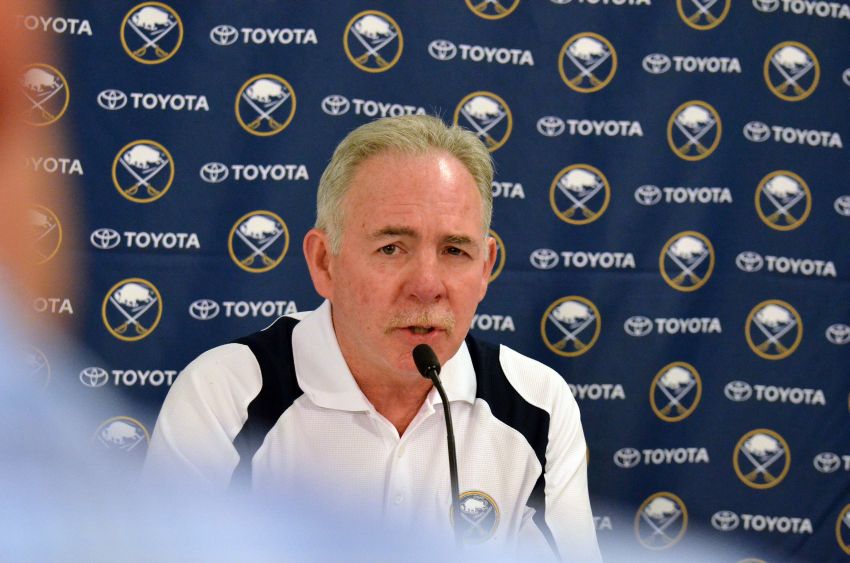 Despite only three goals and 11 points in 65 games to go with his 76 penalty minutes, amateur scouting director Kevin Devine believes Kea has strong upside.

“If you look at his stats, they’re not very good,” he said. “Halfway through the season they fired their coach. They got a coach there, Greg Gilbert, that Darcy and myself have both played with. He thinks he’s going to be a good third-line center in the National Hockey League. So he’s going to be a better skating Paul Gaustad.”

When teams passed over Nelson last season, he moved from the United States Hockey League to the WHL. He scored 23 goals and 62 points in 71 games, up from six tallies and nine points in 41 contests.

“Nelson … put up good numbers, has a got a nice, gritty game, good hands,” Devine said.

“When we made the hires over there, one of the things is we wanted to look at especially Finland and Sweden to see if we could get one of the late-round (steals),” Devine said. “(Nashville’s) Pekka Rinne is one.”

Austin passed through the draft last season because his former team, the Erie Otters, had him playing forward, Devine said.

“This year,” Devine said, “he’s a little bit more comfortable playing for a good coach in Belleville. … We think he’s got a chance because of his size. He played tougher this year.”

“(He’s) another result really of the combine, which he looked good at,” Devine said. “We’ve got a scout right in his hometown. He speaks highly of him. … We figured we’d stick him in.”

One thought on “More on Sabres’ final draft picks”