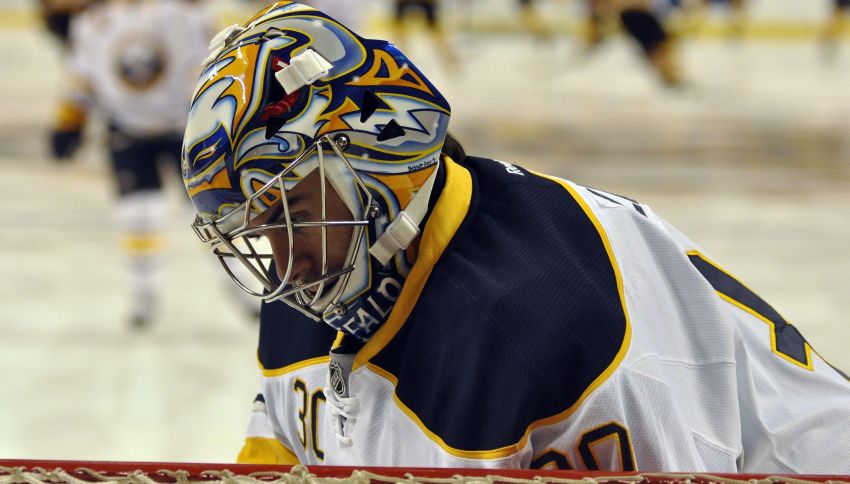 BUFFALO – Ryan Miller couldn’t offer any strong explanations for suddenly transforming back into one of the NHL’s elite goalies following a wretched, career-worst three months.

When the 31-year-old Sabres veteran began feeling better during the winter, everything became easier, he said. The ice opened up and he started reading plays and seeing shots clearly again.

“Mainly, it was kind of, ‘Enough is enough. I’m better than this,’” Miller said Monday inside the First Niagara Center as the Sabres cleaned out their lockers following a ninth-place finish. “I don’t know. I’ve been trying to figure it out because I knew I’d have to answer something like that. It’s really just I wanted to prove something. I had a lot of play for. …

“A lot of things just jumbled up. … I really don’t know how to explain it. It’s just a moment of clarity, honestly. It kind of just did snap into place and was like, ‘OK, this is how we do it.’ It wasn’t like I forgot. It was just kind of not much available to me.”

Miller won’t fully blame the concussion he suffered when Boston’s Milan Lucic leveled him. He had started slumping prior to Nov. 12.

“It definitely played a part,” Miller said about the hit, “but I was in a little bit of a tough spot leading into that moment, and then that just compounded it, and it took me a little while to get everything back together.”

Miller’s pleased he became the backbone of the Sabres’ resurgence. He played at an MVP level for two months, going 20-6-5 with a 2.04 goals-against average and .932 save percentage in his final 32 appearances. But he’s devastated he couldn’t find his game earlier.

“I made some improvements overall as a goaltender,” Miller said. “It just (stinks) that it’s too late. The first part of the season, I’m sick to my stomach that I was part of something that put us in a position to miss the playoffs.”

Nonetheless, this might’ve been the most trying of the American’s seven full big league campaigns.

Fans mocked Miller when he allowed early goals at home, serenading him with loud Bronx cheers. His performances inside the FNC became uneasy to watch during the fall. The fallout from Lucic’s hit was harsh. Miller even denied trade rumors and restated his commitment to the Sabres.

“I think me trying to dig back out of the hole I put myself in shows that I have the pride and I have the commitment to be here,” Miller said. “I don’t think I folded up my tent and started pouting when everything was going on, being questioned, trade rumors and people suggesting that maybe I’m a prima donna. …

Miller traces his resurgence to playing in front of six healthy defensemen. The Sabres’ run up the standings began Jan. 24 when the group reached full strength.

“It also was right around the same time our team play improved,” Miller said. “So I just think that lends into goaltender reflects team, team reflects goaltender.”

Miller believes they’ll reflect each other again next season, saying, “I fully expect to be back.”

“It’s still the same message,” he said. “It’s still I made a commitment to be here. It’s up to them how they use me as an asset.”

In his first year as Sabres captain, Jason Pominville compiled a remarkably steady 30-goal, 73-point campaign and earned a spot in the NHL All-Star Game.

But forget about the nice numbers. Pominville’s upset the Sabres missed the playoffs.

“It was a little bit of an adjustment,” the 29-year-old said Monday about the captaincy. “Going through a tough stretch wasn’t easy. A lot more meetings than I used to have in the previous couple years.

“But I think I’ve grown, I’ve improved. It was a fun honor. At the same time, it’s tough for me to say I’m happy about it because I’m really not. This isn’t where I want to be.”

Did being captain help Pominville’s game?

“I don’t know,” he said. “When I’m out there, I really don’t think about the letter you have or your jersey. You play for the guy that’s next to you. You try to push each other to be better. I think the best way of doing it is work ethic.”