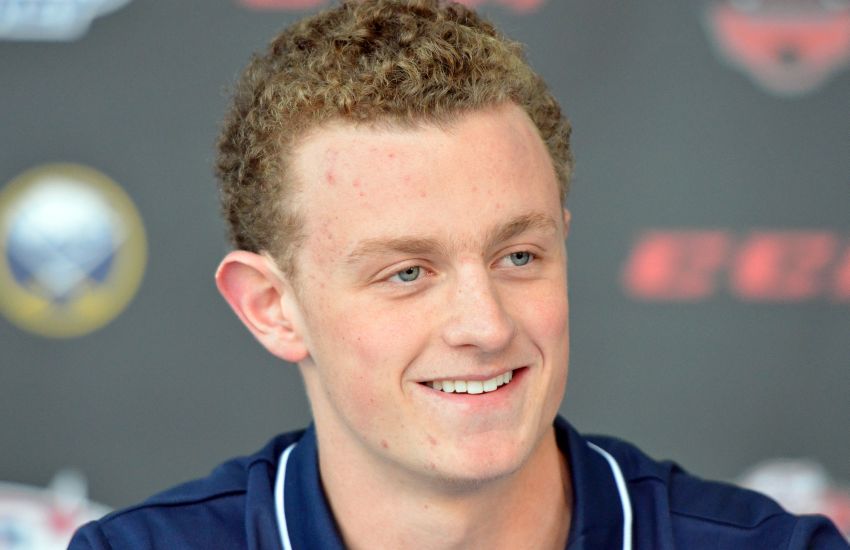 The informal poll proved what many hockey observers have been saying for years: 2015 could have two once-in-a-generation, franchise-changing talents at the top of the class.

Eichel, an ultra-slick Boston University freshman, will be the marquee attraction at tonight’s All-American Prospects Game inside the First Niagara Center.

Don’t be surprised if someone’s wearing a No. 9 Eichel Sabres jersey in the stands. A few No. 97 McDavids have already been spotted around town.

The rebuilding Sabres have three first-round picks in June. They could rank among the NHL’s bottom-feeders again. It’s only natural to think about Eichel wearing blue and gold.

Eichel’s not thinking that far ahead, however. The 17-year-old said he’s interested in every NHL rink he visits.

“But I don’t really pay attention to the team,” Eichel said Wednesday. “To be honest, it doesn’t matter. Whatever team selects me, if I’m able to get selected next summer, it would just be an honor to get drafted in general.”

Eichel and McDavid, who visits Buffalo with the Erie Otters on Oct. 22, have been linked together for years. They could be hockey’s biggest names in a few years. But they’ve never met off the ice.

There’s no rivalry between them, and Eichel has no interest in creating one. The two will likely be facing each other at the world junior championship again later this year.

“There’s no real in-game battles,” Eichel said. “It’s going to be the United States versus Canada.”

The centers have taken different paths to stardom. McDavid chose the major junior route, joining the Ontario Hockey League as a 15-year-old. Eichel, a Boston native who grew up a Bruins fan, spent the last two seasons with the U.S. national development program in Ann Arbor, Mich.

Attending college, Eichel said, was important. He considered playing junior hockey, which has enticed some prospects with its longer, NHL-like schedule. But he called Boston University the “perfect fit.” He’s just 30 minutes from home. His parents can watch him skate for the Terriers regularly.

“The OHL was good for him,” Eichel said about McDavid. “Boston University was where I needed to be to take my development to the next level. I’m really happy with where I am.”

He wouldn’t say how long he planned to remain in college, although 2014-15 will almost certainly be his only NCAA season.

This year’s roster could be better. Jim Johannson, the director of USA Hockey operations, said five prospects could potentially be among the first 10 picks in June.

“That would be groundbreaking,” he said.

A local prospect, Youngstown’s Joseph Cecconi, a defenseman with the United States Hockey League’s Muskegon Lumberjacks, is on the roster for Ed Olczyk’s team. The 17-year-old has committed to the University of Michigan.

Connor McDavid impressed with Sabres, can see himself playing in Buffalo: ‘It’s a great organization’

One thought on “Mega-prospect Jack Eichel focused on college career”