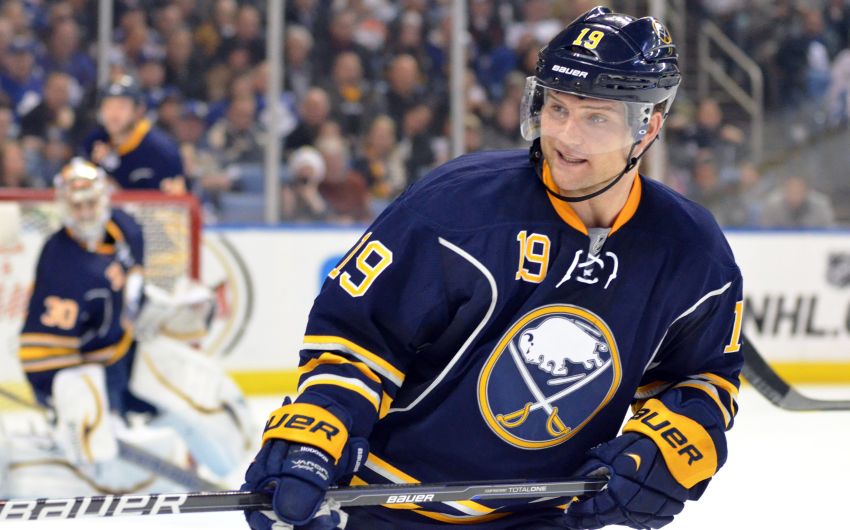 BUFFALO – In awarding Cody Hodgson, a youngster with only 77 points in 139 career NHL games, a six-year, $25.5 million contract, the Sabres are betting on more than the center’s abundant talent. The team’s banking that Hodgson will keep dedicating himself to becoming an elite player.

“He wants to be a No. 1 guy from the standpoint he wants to be counted on, and he wants to be recognized in a leadership position,” Sabres general manager Darcy Regier said Thursday inside the First Niagara Center during the first on-ice sessions of training camp. “He wants the opportunity to be in positions where you can make a difference.”

Hodgson’s maturity and professionalism has impressed the Sabres since his February 2012 arrival from Vancouver for prospect Zack Kassian.

That’s why despite limited NHL success, the rebuilding club is giving Hodgson the opportunities he wants. The 23-year-old spent Thursday centering star Thomas Vanek, who switched over to right wing, and Marcus Foligno.

“He’s committed to getting better,” Regier said about Hodgson, who spends his summers training beside noted fitness guru Gary Roberts, a former NHL star. “He’s just a very good professional at a young age. In his case, he’s a year older than or two years older than some guys who did get the long-term deals.”

“For them to offer me this is pretty special,” he said.

“It wasn’t the best scenario for us or for him,” Regier said about reaching a deal so late. “Both sides worked on it diligently, and I think we got a fair deal done for both sides.”

Regier said the deal builds “based on what you think their projection is and what they’ll become.”

Hodgson has 18 goals and 42 points in 68 games with the Sabres. After a hot start last season – five goals in 12 points in 12 games between Vanek and the since-traded Jason Pominville – Hodgson cooled off considerably, finishing with 15 goals, 34 points and minus-4 rating in 48 contests.

“I think he’ll get better defensively,” Regier said. “I think as his career moves on he’ll create more points. He’s an all-around player than can be counted on in a lot of situations, and I think you’ll see growth in all those areas with him.”

For now, that growth will likely take place beside Vanek. Hodgson has enjoyed some strong, even supreme chemistry with the Austrian.

Could the Sabres’ commitment to Hodgson help sway Vanek, an unrestricted free agent following the season, into re-signing?

Regier, who spoke to Vanek about Hodgson earlier this week, doesn’t know.

“He just relayed to me how much he enjoyed playing with Cody,” Regier said. “I know Cody has spoken to me about how much he enjoys playing with Thomas, and more because of the communication, how they work together as far as trying to figure things out on the ice. So that’s a positive. What it means going forward we’ll have to see.”

Going forward, Hodgson wants to settle down in Buffalo, an area he enjoys. The Ontario native spent his first three professional seasons bouncing from city to city, never spending an entire year in one place.