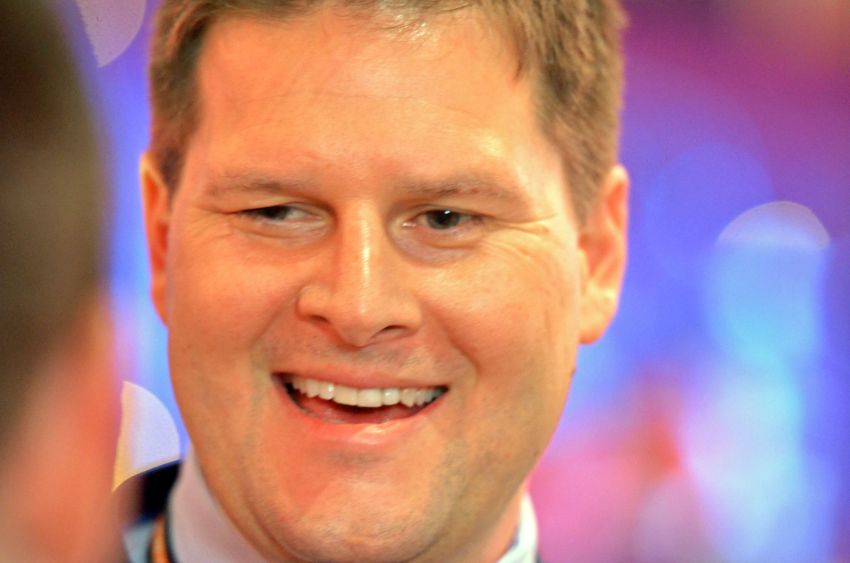 BUFFALO – Former NHL goalie Marty Turco has called Sabres general manager Jason Botterill a friend for more than 20 years, dating back to their playing days at the University of Michigan, where the NCAA stars won a national title together in 1995-96.

But Turco said his proudest memories of Botterill, who was named GM this morning, come from their year as teammates with the Michigan K-Wings, the Dallas Stars’ affiliate in the now-defunct International Hockey League.

Back in 1998-99, Botterill was a second-year pro captaining a pedestrian K-Wings team that won 35 of its 82 games with Turco as its rookie netminder.

“He literally was a 22-year-old kid named captain of a minor league team that had a lot of older guys and a lot more experience, stature in professional hockey,” Turco told the Times Herald by phone Tuesday. “But, man, did he take charge of that locker room on that team, and we were not good by IHL standards. But, man, with him there, we left it on the ice most nights.”

The captaincy, an honor usually reserved for a veteran, is rarely awarded to a youngster. So what made Botterill stand out so much he wore the prestigious ‘C’ so young? Turco said Botterill’s “ability to hold people accountable” made him a “great leader.”

“His ability, I know now that he had, (as captain) was just a belief and a conviction and what he believed it stood for,” Turco said. “He was fresh from Michigan, where these things were evident and on display by a lot of people on a daily basis.”

Botterill, Turco said, wasn’t afraid to get in the face of an older teammate.

“The guy likes to win,” he said. “He knows how to. His core values are his greatest asset. He knows what he wants. I think we all see him now as a … sort of calculated, hardworking guy. But he comes from all good sides. He’s got passion.”

Turco said Botterill “was revered as a captain on our team.”

“I wasn’t shocked but I was totally impressed,” said Turco, who played 11 seasons in the NHL. “He’s probably one of the greatest captains I’ve ever had, even though it wasn’t a championship, not a crazy awesome season. … To watch him work and just to know him well and call him a friend before that, it was pretty special for me.”

Botterill spent the last 10 seasons with the Pittsburgh Penguins, winning two Stanley Cups while rising to associate GM. Turco’s hardly surprised his friend will now run an NHL team. He knew years ago Botterill possessed special qualities to do whatever he wanted with his life.

“The guy could’ve been Prime Minister of Canada, it wouldn’t have surprised me,” Turco said.

He added: “Staying in hockey speaks to his passion about the sport, about the people.”