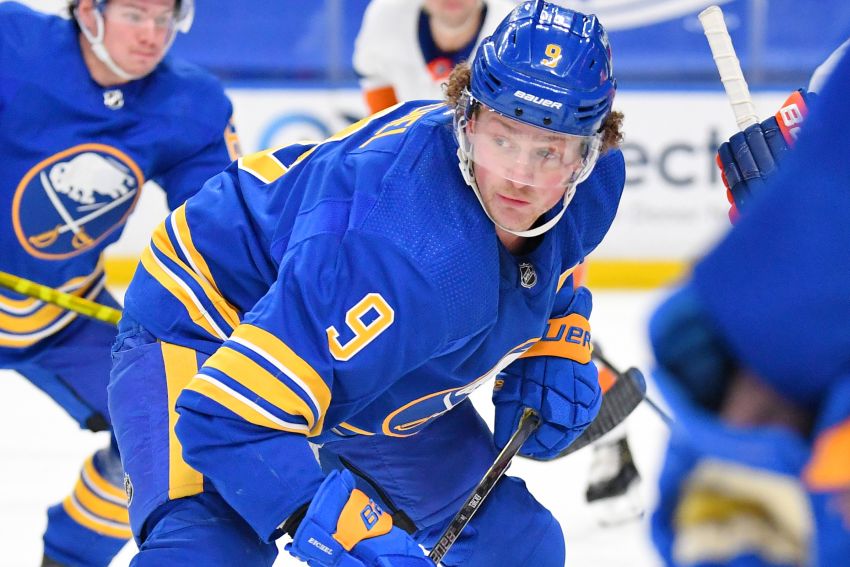 BUFFALO – A lower-body injury forced the Sabres to make captain Jack Eichel a late scratch for tonight’s game against the New Jersey Devils.

The center did not skate this morning but participated in the pregame warm-up before the Sabres announced he would not play.

Eichel appeared to hurt his ankle in a collision with New Jersey’s Nico Hischier in Tuesday’s 4-1 win over the Devils. He winced in pain but remained in the game.

Update: Sabres goalie Linus Ullmark left tonight’s game with an undisclosed injury after the first period and will not return, according to the team. Carter Hutton is now in goal.

Riley Sheahan is filling in at center for Eichel between Victor Olofsson and Sam Reinhart. Winger Tage Thompson, meanwhile, moved into the lineup.